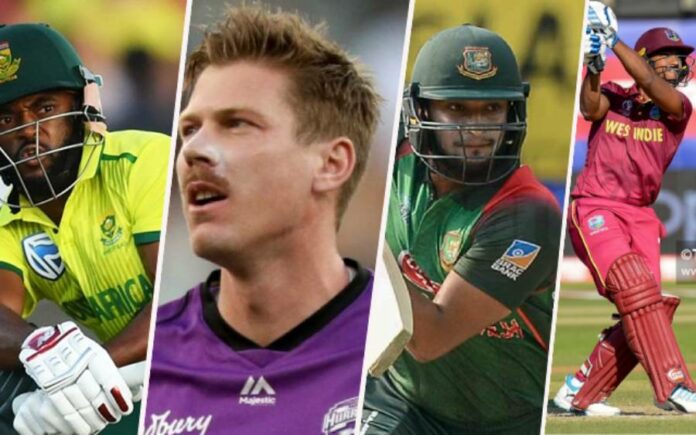 Sri Lanka Cricket (SLC) announced the names of the foreign players who have registered for the second edition of Lanka Premier League.

One of world’s top ranked all-rounders as per ICC rankings, Shakib Al Hasan of Bangladesh, Australian all-rounders Ben Cutting and James Faulkner, South African national team’s ODI and T20 captain Temba Bavuma are some renowned names that have registered for the second edition of the Lanka Premier League (LPL).

Mitchell McClenaghan, Nicholas Pooran, Mohammed Mahmadullah, Sherfane Rutherford, Ravi Rampaul, David Wiese and Calum Ferguson are few others who have made themselves available ahead of the Players Draft. Brendan Taylor of Zimbabwe, Sandeep Lamichhane from Nepal and Ali Khan of USA are also in the fray. India’s Yusuf Pathan, brother of Kandy Tuskers all-rounder Irfan Pathan, is also available for selection.

Sri Lanka Cricket (SLC) Vice President Mr Ravin Wickremaratne said: “Last year’s success has certainly made a difference with more players from many cricket playing countries looking forward to play in the LPL, which is a very good sign for the League and Sri Lanka cricket.”

Mr Anil Mohan, CEO of Innovative Production Group FZE, the official right holders of Lanka Premier sLeague (LPL) for 2020-2024, said: “It is an exciting list and I am sure fans can look forward to some scintillating performances from them in this edition of LPL too.”

Some other International players who have registered for LPL-2 are: