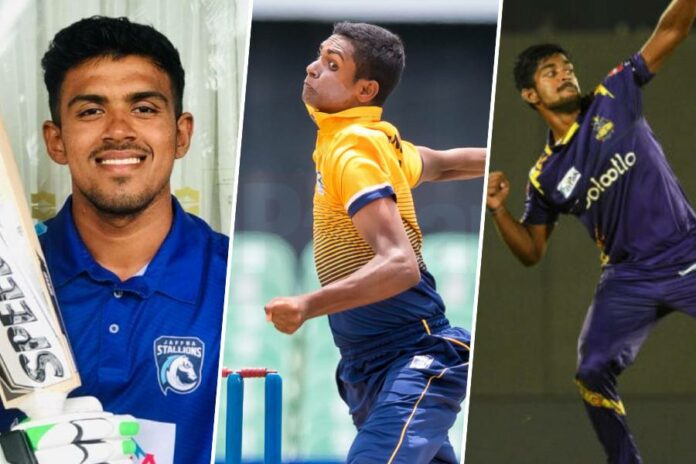 Three Sri Lankan youngsters have been given the go ahead to play in the upcoming Abu Dhabi T10 League while Sri Lanka Cricket has denied No Objection Certificates (NOC) to 10 other senior players who were initially drafted for the tournament.

Sri Lanka Cricket has stated this year’s busy International schedule as the reason for denying the NOCs and said that they have to manage the workload of all their national prospects to minimize injuries.

The Abu Dhabi T10 League will be held from 28th of January to 6th of February in the United Arab Emirates.

Schoolboy cricketer Matheesha Pathirana who bowls with a square arm like Lasith Malinga was a hot pick from Sri Lanka and was grabbed by the Bangla Tigers Franchise. Matheesha is still representing Trinity College and was also a part of the Sri Lanka U19 team in the last ICC U19 World Cup.

Along with him are two other budding cricketers, Dhananjaya Lakshan and Maheesh Theekshana who caught the eyes of global leagues with their dazzling performances in the Lanka Premier League.

Both Lakshan and Maheesh will be representing the Northern Warriors franchise in the T10 League.

Lakshan was the second highest wicket-taker of the LPL 2020, ahead of superstars like Mohammad Amir, Qais Ahmed, Duanne Olivier and Andre Russell with 13 wickets to his name. His back-arm slow ball was the most spoken-of feature about him, and he also had an impressive in-swinger.

A lot is spoken of Maheesh and his mystery spin in comparison to Ajantha Mendis. He has been in the scene for a while now and finally gotten his break through the LPL.

The Sri Lankan cricketers who will miss the tournament as a result of not obtaining NOCs are,

Former Cricketers Ajantha Mendis and Chamara Kapugedera were also bought by the Pune Devils Franchise but have decided not to participate due to personal reasons.