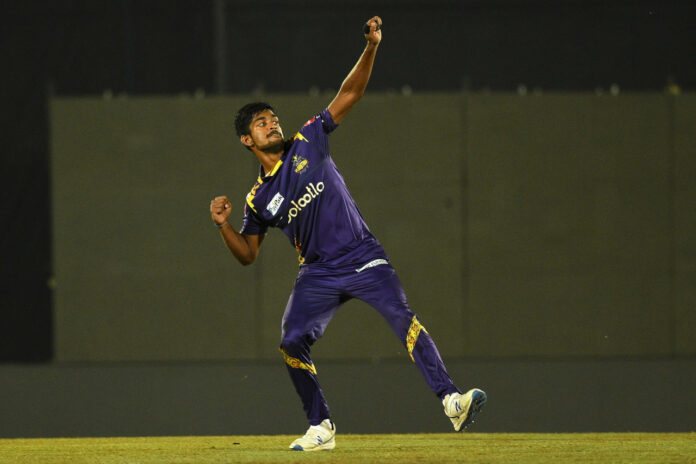 The rising star in Sri Lankan Cricket, Dhanajaya Lakshan, has been picked by the Northern Warriors to play in the Abu Dhabi T10 League.

The all-rounder was a sensation in the recently-concluded Lanka Premier League, in which he represented Galle Gladiators. The 22-year-old caught everyone’s eye for the character he showed in the LPL with both bat and ball. He was tactical and had a few tricks up his sleeve which fit the T20 format.

In LPL, he averaged over 38 with the bat at a strike-rate of 126.22 while finishing as the second highest wicket-taker of the tournament, even ahead of superstars like Mohammad Amir, Qais Ahmed, Duanne Olivier and Andre Russell with 13 wickets to his name. His back-arm slow ball was the most spoken-of feature about him, and he also had an impressive in-swinger.

The Northern Warriors, who won the championship in the 2018 edition, are one of the 8 teams taking part in the tournament. Nuwan Pradeep and Maheesh Theekshana will be accompanying Lakshan from Sri Lanka in the Northern Warriors camp. The team also has massive names like Andre Russell, Nicholas Pooran, Wahab Riyaz, Lendl Simmons and Fabien Allen.

The tournament is set to begin on the 28th of January in the United Arab Emirates.