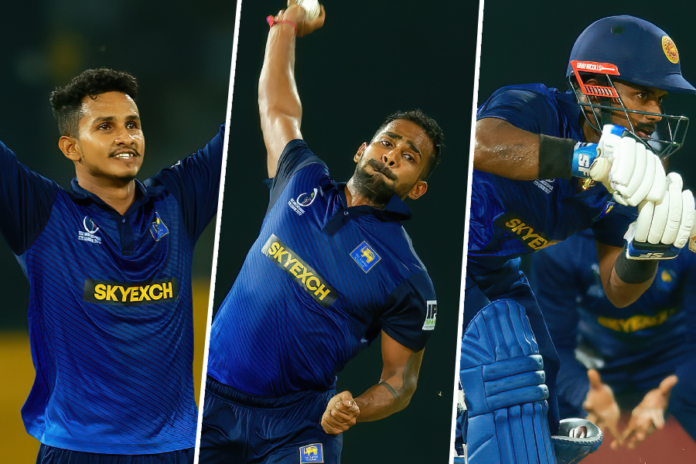 SLC Greys’ skipper Ashan Priyanjan won the toss and chose to bat first against SLC Blues in the second game of the day. Thanuka Dabare and Ashan Randika opened the innings for Greys but their stand lasted only 2.1 overs as the latter was bowled by the off-spinner Dhananjaya De Silva for just 3 runs.

Dabare and No. 3 batter Sangeeth Cooray showed positive intent with the bat building a 51-run partnership for the 2nd wicket but the rest of the batters didn’t make any significant contribution with the bat as SLC Greys were restricted to 115/9 in the allotted 20 overs.

The left-arm spinner Praveen Jayawickrama was the pick of the bowlers for SLC Blues as he snared 3 wickets for 13 runs. The right-arm fast-medium bowler Chamika Karunaratne also chipped in with taking 2 wickets for 22 runs.

Though the target of 116 looks easy on paper, SLC Blues batters had to work hard to get there as they used 18.3 overs while losing 6 wickets. The national capped Charith Asalanka (29) and Ashen Bandara (27*) played crucial hands for Blues in the run-chase.

The seamer Milan Rathnayake was the most impressive bowler for Greys as he snared 3 scalps for 20 runs in his 3-over spell. SLC Blues registered their 2nd consecutive victory of the tournament with this win and managed to top the points table accumulating 4 points in 2 matches played so far.