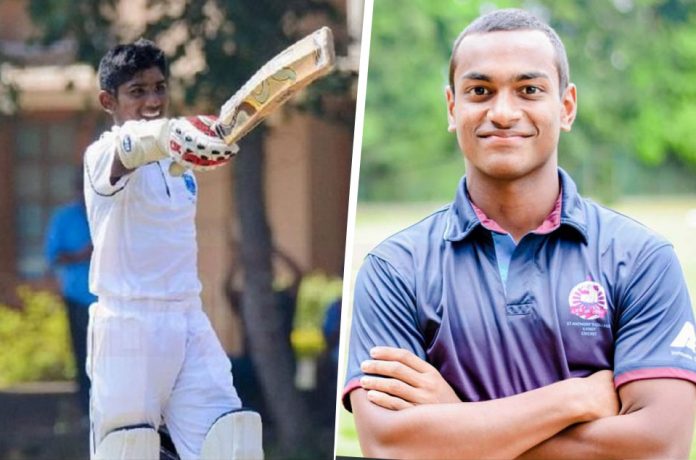 Two games of Singer U19 Division I Tournament commenced today (2nd November 2018). Isipathana College is hosting St. Joseph’s College, Colombo at the BRC Grounds while Ananda College and St. Anthony’s College, Kandy are working off their traditional encounter in Kandy.

With rain on the previous night and a bit of moisture on the surface, Isipathana skipper, Madushika Sandaruwan decided to give his pacees a go early on. Bowling first, the Isipathana fast bowlers used the conditions to maximum effect and troubled the Josephian openers. Though the  pacers were threatening, it was the skipper himself who took charge of wicket-taking as he bagged 6 wickets for 49 runs. But, the in-form, 14-year-old, Shevon Daniel came to the rescue for St. Joseph’s with a patient 41 runs to give something for the bowlers to work with. Miranga Wickramage also contributed with a valuable 31 runs. Eventually, St. Joseph’s were bowled out for 190 runs.

In reply, Isipathana College opener, Thevindu Dickwella, put out his fireworks yet again, following his 27-ball 59 in the previous game. Dickwella scored 51 runs, out of the 66 runs Isipathana scored, in no time. The game will resume tomorrow for day two.

The grounds were too wet for any sort of cricket earlier in the day which pushed the start of the game back past 1.00 .pm. With only about half the day’s play om offer Ananda College won the toss and elected to bowl first. St. Anthony’s top-order did not have a good day at the crease as the host eventually ended the day at 84 for 4 in the 39.3 overs which was managed in the day. Theeksha Gunasinghe anchored the innings for St. Anthony’s College as he ended the day with an unbeaten 51 runs. The Anandian leg spinner, Janidu Jayawardena picked 2 wickets in the day for just 4 runs. Play was again interrupted later in the day due to lack of light which forced the umpires to call stumps.