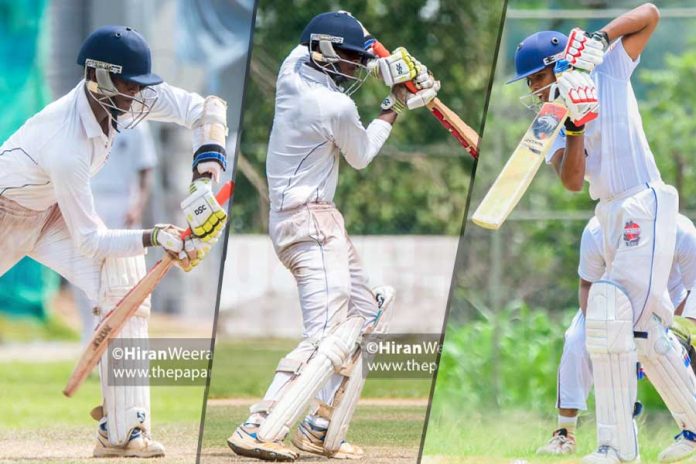 Royal College Colombo emerged victorious against St. Peter’s College in the first semi-final of the Singer U13 Division 1 Cricket Tournament 2018 which concluded  at the Ananda Sastralaya grounds in Kotte on Wednesday.

Royal College will either meet Prince of Wales or St. Anthony’s College Katugasthota, who will vie for a spot in the final in the second semi-final.

Earlier in the day, the young Peterites won the all-important toss and decided to bat first. Getting a good start they at one point were 121-3 before being left at 191 runs for the loss of 9 wickets before deciding to declare. Chamindu Perera,  skipper Vishen Halambage and Salith Gallage all got starts and went on into the thirties before being unluckily dismissed by some good bowling by the Royalists. Ovina Ambanpola was the pick of the bowlers picking up 4 wickets for 41 runs.

Chasing the target down Royal managed to creep to 95 runs for the loss of 3 wickets and qualify to the finals on bonus points. After the loss of three early wickets, K. Pannipitiya and B.Weerathunga steadied things with a 47 run partnership to take Royal into the finals. S. Costa was the only bowler who managed to cause some concerns for the Royalists picking up the solitary wicket for just 8 runs.

Royal College through to U13 final