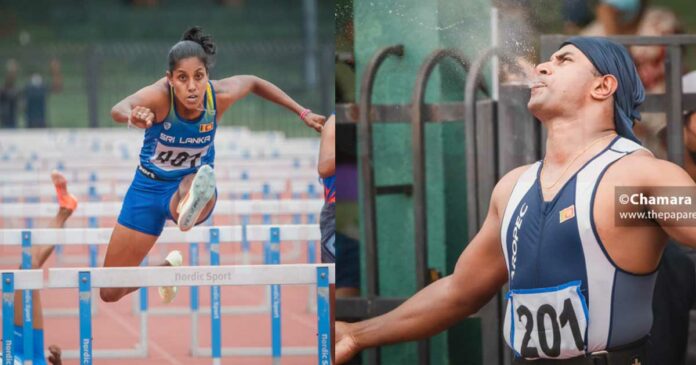 After a successful end to the first lot of selections, Sri Lanka Athletics is gearing up for the second selection trial for the upcoming 19th Hangzhou Asian Games, set to take place in the month of September.

This trial will be a special event, as the athletes return to the newly renovated Diyagama Mahinda Rajapakse stadium after a lapse of five years of not being able to use the facilities, due to massive deterioration.

Looking at the schedule, Day 1 entails a few finals in the evening session including the 200m and the Hurdles events. We can expect the first trial winner Rumeshika Rathnayake to aim for a personal best this season and Medhani Jayamanne and possibly Sadeepa Henderson to give her a run for the money in the Women’s 200m. Nadeesha Ramanayake seems to be injured and her participation maybe uncertain at this time. In the Men’s we can see a Kalinga Kumarage – Mohomed Safan showdown.

In the Hurdles, Lakshika Sugandi, Ireshani Rajasinghe and Roshan Dammika are expected to dominate with Asanka and Asitha Rathnasena competing in the 400m Hurdles event.

In the 800m Harsha Rajakaruna will return to make it a double after winning the first one while fans would be hoping to see Indunil Herath and Rusiru Chathuranga return to the track as well.

Dilshi Kumarasinghe is likely to dominate the Women’s 800m with a slight push from youngster Tharushi Dissanayake.

Day 2 will bring the rest of the long-distance and sprint events to action and early in the day we will see Daminda Bandara and Gayanthika Abeynayake in the 1500m. The Women’s long jump final will see Sarangi Silva return with an aim to renew the record a second time this season.

The 400m, 100m and the 4x100m events will close out the day with all the top sprinters in the country competing for their valued crowns and to hit those important PB’s. Stars like Chamodh Yodasinghe, Lakshika Sugandi, Rumeshika Rathnayake, Amasha De Silva and more will be on display the eve of the 11th.

ThePapare.com will bring Match reports, records, photos and race clips from both days so of this second selection trial, so keep it logged onto www.thepapare.com/athletics 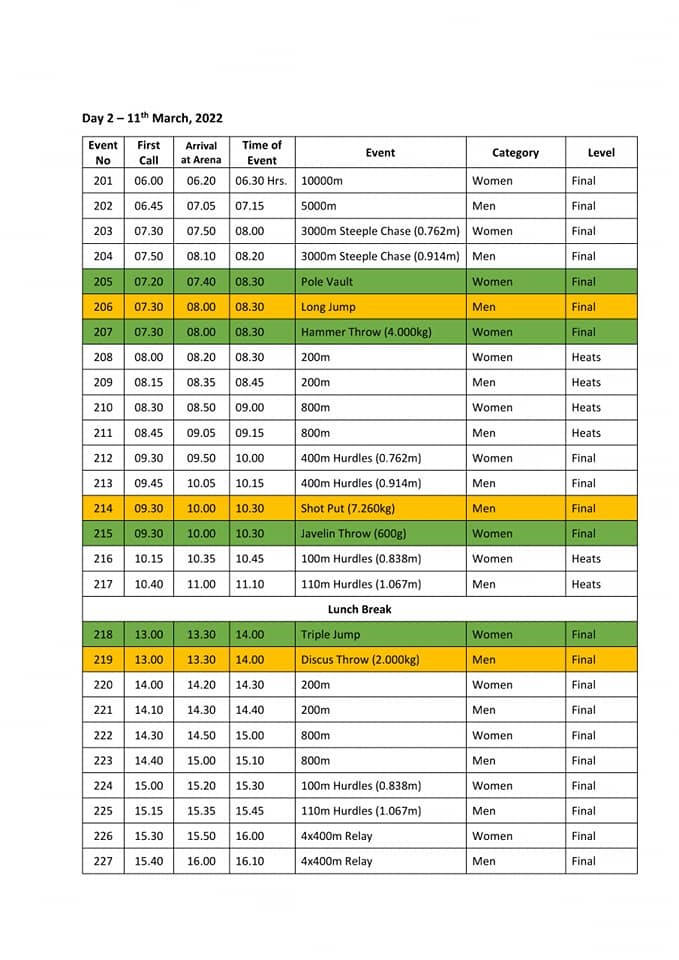