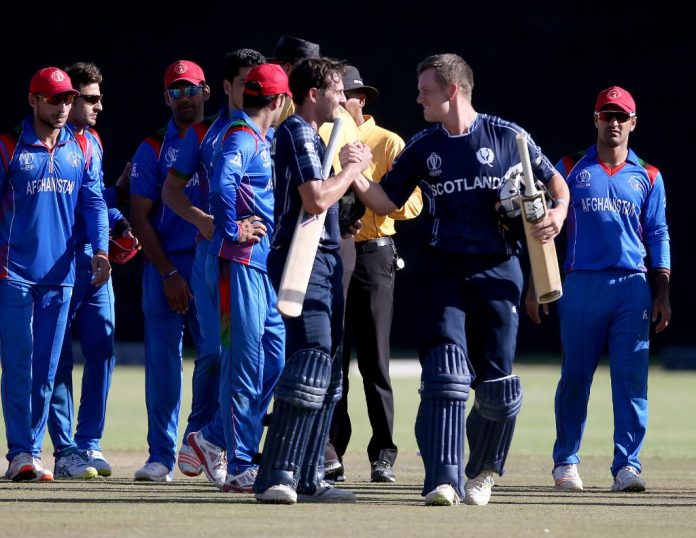 Scotland are set to host Afghanistan for a two-match one-day international series next year in May in Edinburgh.

Afghanistan, who last toured Scotland in 2016 for an ODI series which they won 1-0, will play two ODIs on 8 and 10 May at the Grange Cricket Club, Cricket Scotland announced on Tuesday, 18 December.

Last month, the board had announced two matches against the visiting Sri Lankans on 18 and 21 May.

“It is fantastic to have attracted two Full Members for our summer internationals and we are delighted to be playing Afghanistan in May,” said Malcolm Cannon, the CEO of Cricket Scotland.

“With our quadrangular series in February and the new ICC Cricket World Cup League 2 starting in July, 2019 looks set to be a busy year for the men’s international team,” he added.

“Our win versus Afghanistan earlier this year was for me the highlight of 2018, as we played them at their own game,” Toby Bailey, Scotland’s acting head coach recalled. “It was very pleasing to watch the team manage their world-class spin attack with the skills we had been developing throughout the winter.”