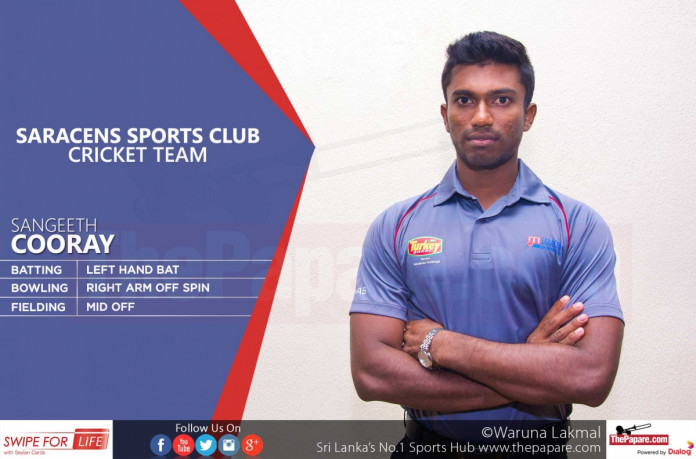 Saracens Sports Club dominated Ragama Cricket Club on day 1 in a Premier League Tier A group B clash which was worked off at the Thurstan College grounds last evening.

Winning the toss, the Saracens opted to take first lease of a rather flat track. Their decision payed off richly as the opening pair got off to a decent start. Irosh Samarasooriya was the first casualty of the day for the batting side as he was dismissed one short of a half century opening stand.

Despite losing partners on the opposite end on regular intervals, Sangeeth Cooray continued on his merry way with some elegant strokeplay. He was shortly joined by Kaushalya Gajasinghe who chipped in on the fun with some brisk strokes of his own. The pair put on a staggering 245 runs for the 5th wicket in which Sangeeth went on to score a classy century. His partner Kaushalya was rather unfortunate to miss out on a well earned century himself, falling agonizingly close on 99.