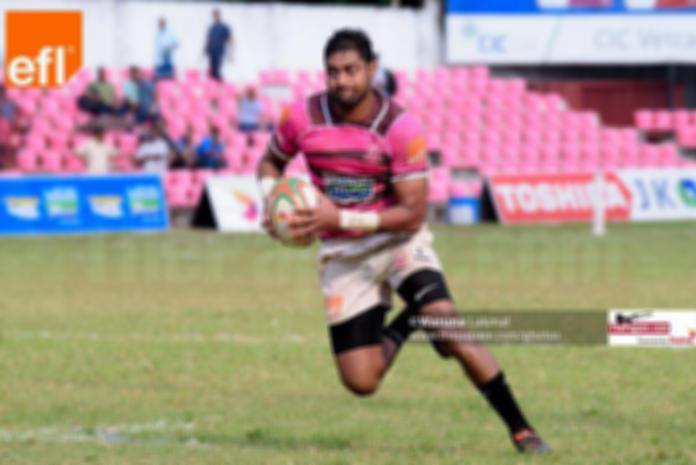 Another key player of the Pink Army, Havelock Sports Club, has made his move from Havelock Park to Longdon Place ahead of the upcoming Dialog Club Rugby League 2019/20.

Former Schoolboy star, and Sri Lanka Sevens sensation, Sandun Herath has switched from the club he made his debut in where he served for 8 long years breaking records and clinching titles throughout his career.

Herath joined Havelock SC right after he finished a fantastic school season where he set a new record by scoring 26 Tries in one schools rugby league. Two years later he was en-route to break the record of the highest try scorer in a club rugby league scoring 21 tries in the tournament.


Herath was an obvious pick for the Sri Lanka Sevens squad and represented the country on several different events making his presence felt in the international arena.

Read More: Rizah Mubarak back to where it all started

After dominating the wings and torching the touchlines with the pink jersey on for 8 seasons, Herath will now hope to continue the same level of performance in the red jersey at CR & FC. His well-developed skills in offloading and crashing,  give the coaches an option of using him as a Center as will.

However, with the Dialog Club Rugby League 2019/20 just 2 weeks away, things look exciting for CR as they strengthen their team with a power-packed bunch.