Ishara Sandaruwan set a New South Asian Games Record on his way to the Gold Medal in the Men’s Pole Vault event. He cleared a height of 4.90m breaking Mohamed Ayub’s 4.81m which was set in 2006.

Last December he set a National Sports Festival record with a height of 4.83m. Sandaruwan’s Sri Lanka Record stands at 4.91m, which he set earlier this year (2015).

The Sri Lankan 4×100 Men’s Relay team came agonizingly close to breaking the South Asian Games record on their way to the Gold Medal. Poor batton changing in the third lap costed them as they set a time of 39.96secs. The SAG record was 39.91 secs. The team consisted of Himasha Eshan, Shehan Ambepitiya, Vinoj Suranjaya and Mohamed Ashrof.

Sumedha Ranasinghe was able to break the South Asian Games record but had to be content with a Silver Medal with a throw of 80.25m. He broke the record set by India’s Jagadish Bishnoi in 1999 which was 78.01m. Sumedha holds the Sri Lanka record with a throw of 83.04m.

Amila Jayasiri won the Bronze Medal in the Men’s Long Jump event with a jump of 7.46m.

K.G.U.P.Jayawardena won another Bronze Medal for Sri Lanka in the Men’s Discuss Throw with a distance of 53.22m.

In the Men’s 400m final Dilip Ruwan won the Bronze Medal with a timing of 47.30secs.

Indunil Herath won the Gold Medal in the Men’s 800m with timing of 1:51.46mins while Hemantha Kumara missed out on a Bronze finishing 4th. 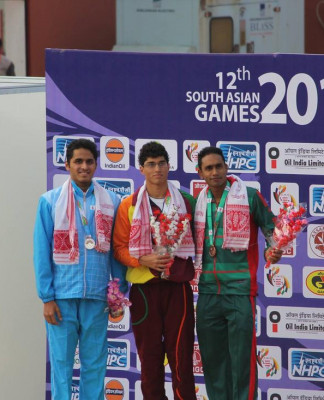 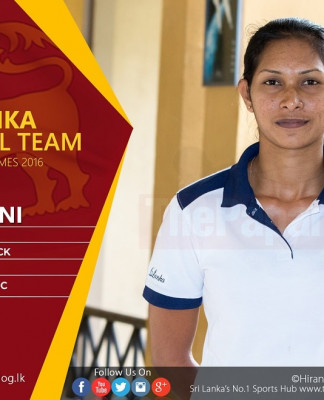 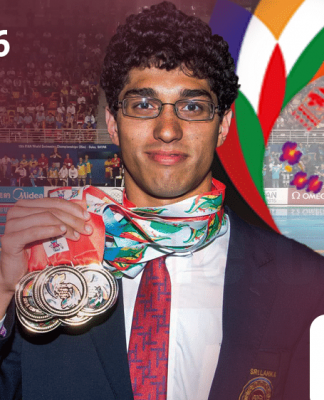 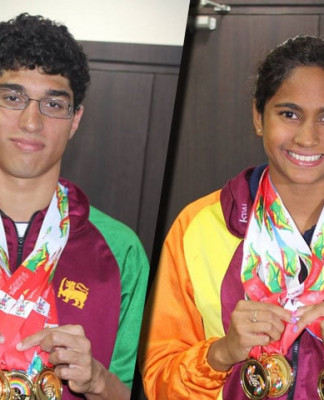 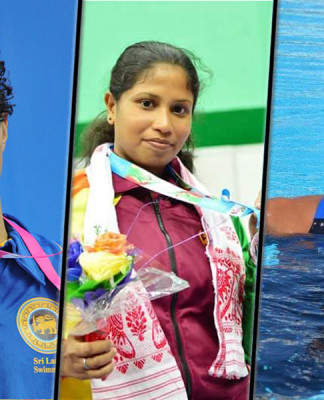