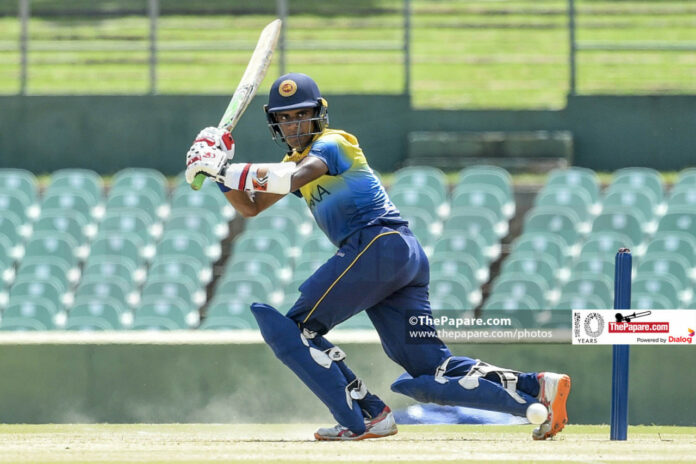 Sri Lanka U19 Cricketer Sadeesh Jayawardena has been recovering from the injury he suffered during a training session in the recently concluded U19 Asia Cup, ThePapare.com learns.

Jayawardena suffered a thumb injury during a training session ahead of Sri Lanka U19 team’s group stage game against Nepal in U19 Asia Cup. As a result, he was undergoing treatment and is currently in a rehabilitation program under the supervision of Sri Lanka U19 team physio Priyantha Wickramasinghe.

The Sri Lanka youth team left for the West Indies on the 2nd of this month straight from Dubai after finishing the U19 Asia Cup as runners up. They are currently undergoing a 3-day quarantine period and are expected to commence training for the upcoming World Cup on 7th January.

The Sri Lanka U19s will begin their World Cup campaign on 14th January, taking on the Scotland U19s, which will be followed by games against the mighty Australia U19s and the hosts West Indies U19s on the 17th and 21st January respectively.

Dialog – Official Sponsor of the National U19 Cricket Team