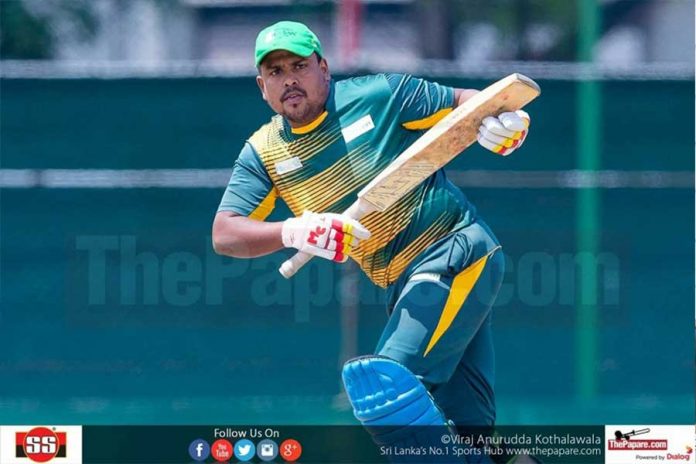 Chilaw Marians finished day one on top thanks to a brilliant century by the experienced middle order batsman Sachithra Serasinghe. He hit 12 fours and 2 sixes in an entertaining knock after the home side won the toss and decided to bat first at the FTZ grounds in Katunayake.

Pulina Tharanga also made a useful 70 while Isuru Udana hit 41 runs in just 35 balls as the Marians reached 356/9 at stumps. The most fruitful partnership came for the 5th wicket when the two top scorers Serasinghe and Pulina Tharanga added 94 runs in quick time.

Hosts Colts CC put up a fighting 268 all out on the opening day but would have been disappointed as most of their batsmen failed to convert their starts. Dilruwan Perera made 45 while Avishka Fernando, Kavishka Anjula and Priyamal Perera chipped in with 30’s but it was only the left handed Sangeeth Cooray who went past the 50 run mark.

The former Mazenodian Akash Senaratne turning up for SSC for the first time impressed everyone with his left arm orthodox bowling, as the youngster captured 4/76 in an outstanding performance against a strong batting line up. Sachithra Senanayaka also picked up three wickets while right arm quick Kasun Madhusanka chipped in with two for SSC.

Mathews fit enough for Tests but not ODIs? – Around the...