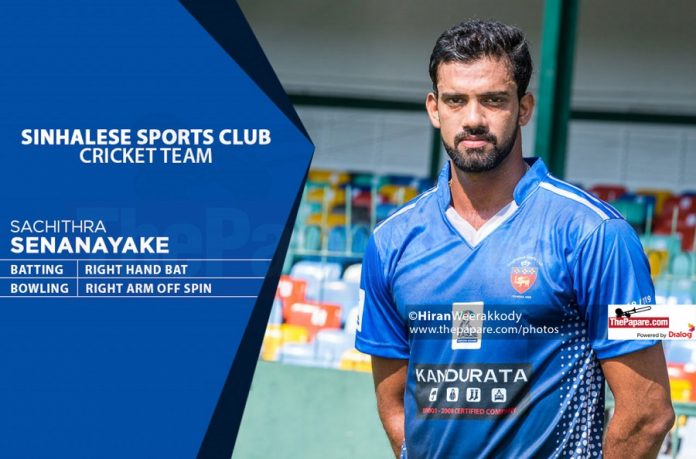 His fighting 89 led SSC to 374 all-out, before he returned with the ball to capture 6 wickets as Chilaw Marians were bowled out for 274.

Thikshila De Silva and Pulina Tharanga made half centuries for the Marians while Nimesh Vimukthi chipped in with 40 runs.

Saracens ended day two on 264/4, after Tamil Union made 330 all-out with Saliya Saman and Gamindu Kanishka picking up 3 wickets apiece.

Bandara and Maduwantha were the unbeaten batsmen for Saracens when stumps were drawn not out on 88* and 75* respectively.

The soldiers were taken on a leather hunt as Colts racked up 574/9 batting first, before Army ended day two on 41/2.

Dananjaya Lakshan, Priyamal Perera and Vishad Randika hit centuries for Colts, while Avishka Fernando and Nisala Tharaka made half centuries.

Asela Gunaratne fighting to win a place back in the national set up returned decent figures of 2/40 while the other bowlers were taken apart.

While Mahela Udawatte top scored with 162 for NCC, Pathum Nissanka’s golden run continued as he made another century.

The stars with the bat for CCC were Ron Chandraguptha and Minod Bhanuka who both made fluent centuries as scored more than four runs per an over.