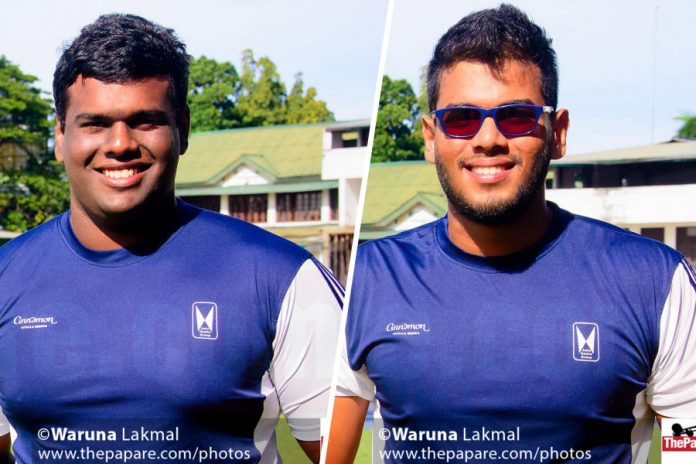 Former Thomian skipper Sachitha Jayathilaka’s heroics with the ball earned JKH an easy win while Unilever won a nail biter against Commercial Credit B. Here’s a round up of the matches which concluded today in the Fair and Lovely Men MCA B Division Tournament.
John Keels Holdings v Singer Sri Lanka

It was a dominating performance from the in-form JKH team. Former Thomian Skipper Sachitha Jayathilaka’s five-for bundled out Singer for a modest 84 after they won the toss and decided to bat first. Harsha Maduranga was the top scorer with 24 while another former Thomian and lanky left arm pacer Aktab Cader bagged 2 wickets.

The reply was clinical from JKH. They only used up 10.3 overs to reach the target with Malindu Maduranga and Sachitha Jayathilaka scoring brisk cameos at the top. They got over the line with 7 wickets in hand and with this win, they joined Kanrich and HNB in the top four who would go on to play in the playoffs.

It was somewhat a dead rubber as both teams have lost their chances in making it to the playoffs. But however, both teams gave their all and took the game right down to the wire. CC won the toss and elected to bat first. Adeesha Thilanchana and Sandakan Pathirana contributed with valuable half centuries which helped them post a solitary 208 all out in 37.4 overs. Gihan De Soyza and Yomesh Ranasinghe picked up 3 wickets each.

The run chase was a tricky one. Unilever maintained a high tempo right through the innings but the regular fall of wickets gave CC an outside chance of making an upset. At the end, Unilever prevailed thanks to some valuable cameos from the lower middle order which got them over the line in the 32nd over with only one wicket in hand.