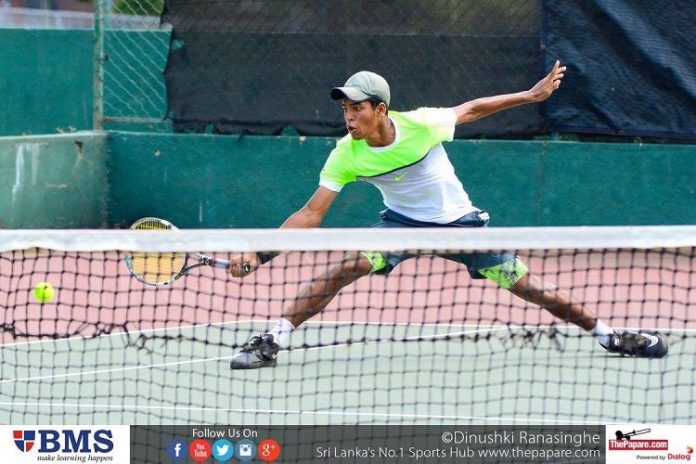 The All Island School Games kicked off today at the Sri Lanka Tennis Association tennis courts with over 20 of the top tennis teams in Colombo going head to head to declare a new champion.

The under 19 tennis championship is a team event where each school plays two singles and a doubles encounter, and the respective teams are drawn accordingly before the tournament. The tournament was won last year by S. Thomas’ College Mount Lavinia and Visakha Vidyalaya in the boys and girls divisions respectively. Amidst fierce competition, the teams were looking to defend their title for another consecutive year.

Ananda College managed to secure a spot in the semi-finals receiving a walkover from St. Micheal’s College Batticaloa in the first round left to face Kudirippu Kalleiman College who beat St. Joseph’s College in the first round 2 games to 1. Ananda College managed to beat them with ease securing their spot in the top 4 winning the match 2 games to 0.

St. Peter’ College made their way to the semi-finals this year as well receiving a bye in the first round and beating St. Benedict’s College 2 games to 0 taking an easy win and securing a spot in the semi’s.

Royal College faced St. Benedict’s College during the first round and managed to beat them 2-0 to qualify for the quarter-finals where they met Trinity College who was coming off a win against St. John College Jaffna (2-0). Royal College managed to secure the third spot in the semi-finals triumphing against Trinity College without much difficulty winning 2 games to 0.