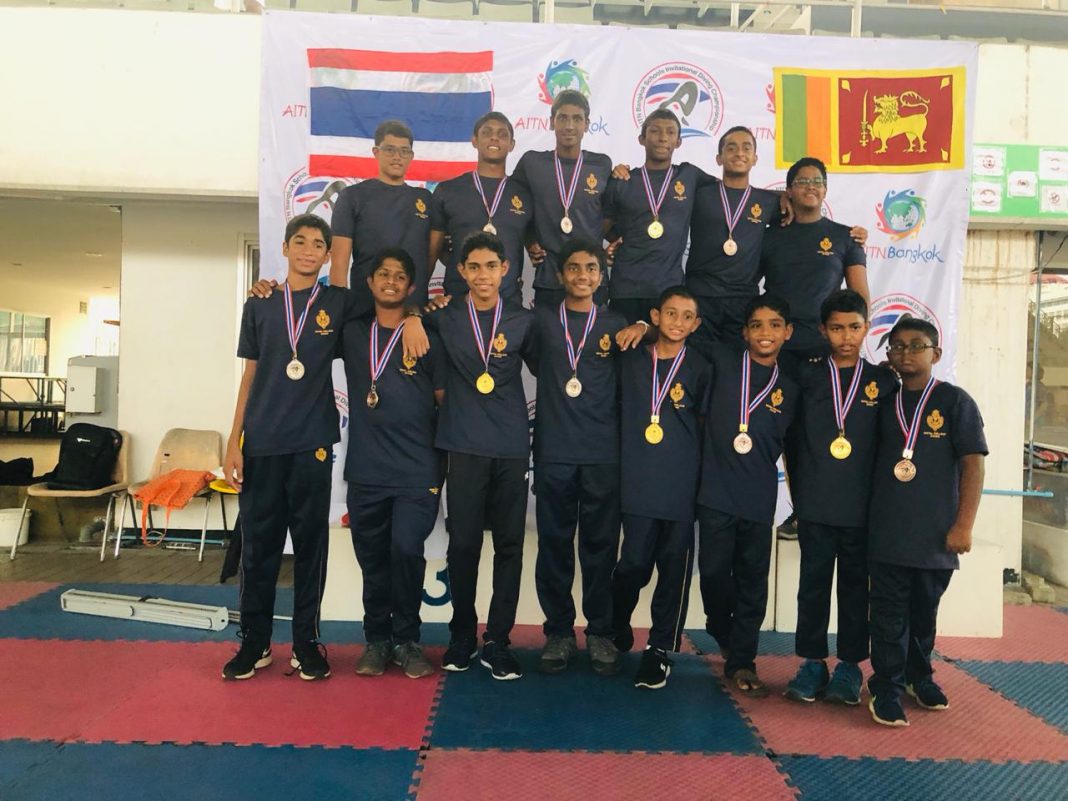 The divers from Royal College won Gold in their first international appearance, at the Thailand Open School’s International Diving Championship 2018, held in Bangkok.

Taking one for Sri Lanka,  Team Royal took flight to Thailand to face off against some of the most seasoned divers in Thailand. Not only did they win the overall championship, the boys managed to completely take over the Thai waters in all aspects of the meet.

Divided into 5 sub categories under the 1m Springboard and 3m Springboard, the Lankan jumpers won most of the medals that were up for grabs. Out of the 12 total events, Sri Lanka managed first place finishes in 7 of them, beating Thailand by a slim but important margin for the overall championship.

The 1m Springboard of the Junior category was a full Lankan takeover; Yusuf Shiher won Gold, scoring 126.2, while Senuja Ranasinghe and Imeth De Silva followed in second and third.

In Group A, Prasad Dissanayake won Gold with an impressive score of 328.2. Captain of the team, Isiwaruna De Silva came in third in this event scoring 223.7.

With 346.87 points, Prasad Dissanayake took the Group A championship.

Venuka Kankanamge and Induwara Gunawardena took their second set of medals, Gold and Silver respectively, competing in Group D of the 3m Springboard.

The Thailand divers managed to claim both the Open events with Rungsiman Yanmongkon grabbing both titles. Sahan Peiris and Sawinda Dissanayake came in second and third respectively in the shorter jump. Sawinda bounced back to grab second in the 3m Springboard behind Yanmongkon’s impressive 202.05.