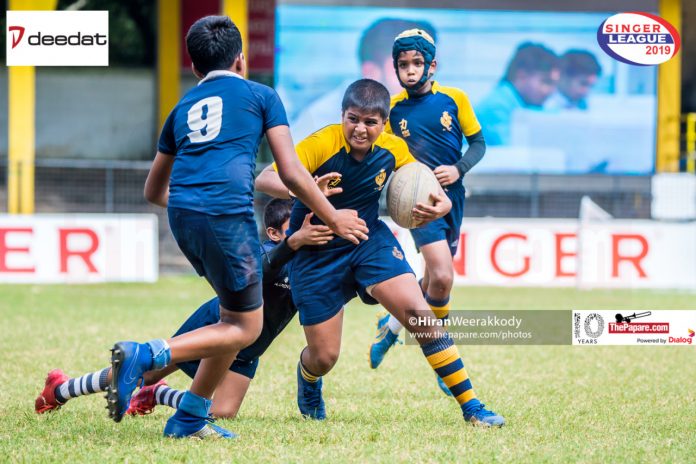 The Royal College under 16 team dominated visitors St. Anthony’s College, while the under 14 game ended in a 7 all draw after a nail-biting game worked off at Royal Complex.

The under 14 team kick started the junior games with the visitors dominating the early exchanges as they managed to open the scoring through a perfectly executed move, finding a big gap in the Royal defense and scoring under post. The momentum then shifted towards the home side as their forwards piled on the pressure towards the Antonians through a few pick and drives, as they managed find the whitewash from another pick and go. Then the Royalists converted the try from a difficult angle to level up the game.

Things got more interesting as the Royal youngsters continued to attack using their forwards and earned themselves an important penalty in front of sticks, but the home side missed out on this as the game ended in a 7 all draw.

The most anticipated junior game of the afternoon was when under 16s took to the field. This game seemed a different one from the earlier game as the Royal backs dominated the game, going into an early lead of 17 points to nil.

St. Anthony’s came back into the game with two spectacular tries to keep the game alive, but Royal sealed the game through another superb move to score in the last move of the game as they clinched the game 22 points to 10.