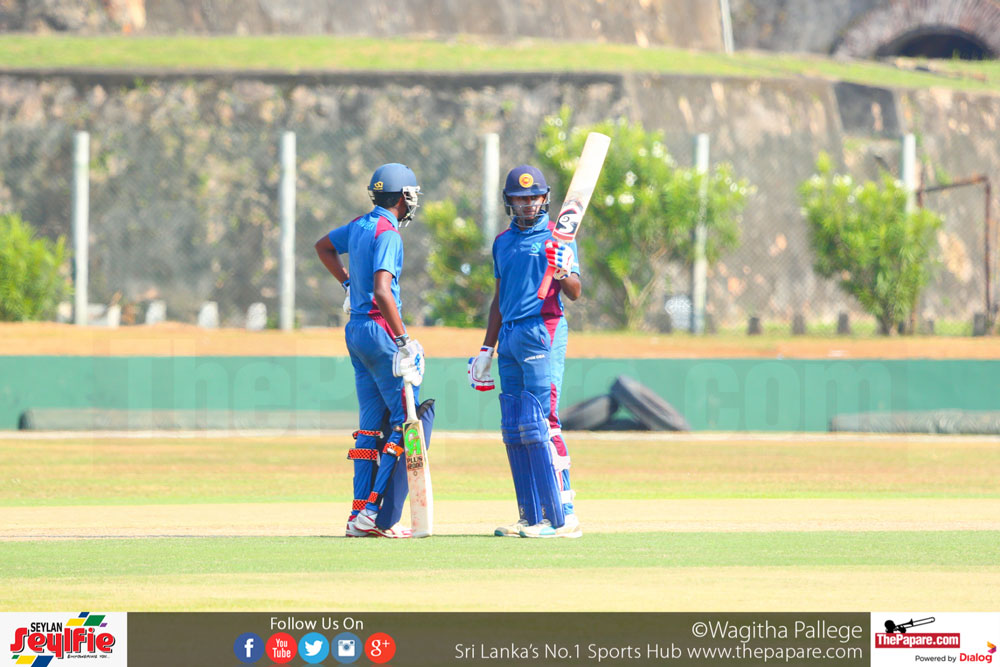 Richmond College thrashed Mahinda College by eight wickets in their annual limited over encounter worked off at the Galle International Cricket Stadium today(25).

In pursuit of a target of 170, Richmond College got there with more than 16 overs to spare as Sri Lanka youth cap Kamindu Mendis led the run chase with a composed 84 to remain unbeaten when his team reached the victory target.

Adithya Siriwardana also chipped in with a useful 38 as the Mahinda College bowlers failed to make inroads to the strong Richmond College batting line up.

Earlier in the day Mahinda College won the toss and batted first but failed to capitalize on a very good batting surface as they were bowled out in the 47th over of their innings.

Navod Paranavithana’s half century gave some respectability to the Mahinda innings but no other batsman made much of an impression as they were bundled out for a below par 169. Sandun Mendis was the most successful bowler picking up three wickets while Avindu Theekshana chipped in with two.