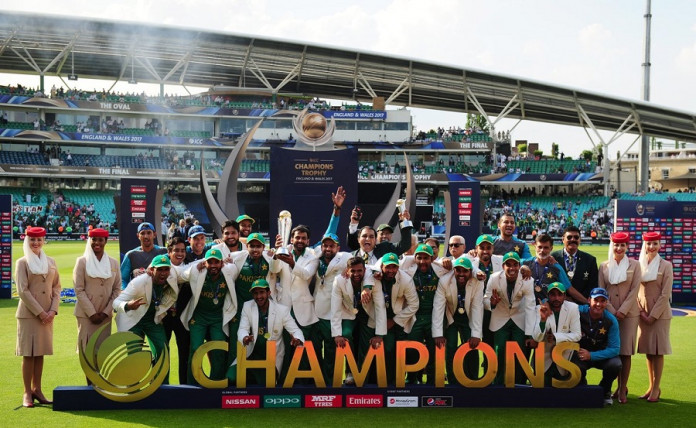 A couple of days after the Champions Trophy 2017 came to a successful close with the final generating the maximum number of TV views in the history of the game, the ICC is considering discontinuing the tournament.

This is not the first time talks of doing away with the multi-team tournament, which continues to be the second biggest 50-over event after the World Cup, have started doing rounds. In place of the Champions Trophy, the ICC is mulling the idea of holding two World T20 tournaments in a four-year cycle. ICC CEO David Richardson said that the body was trying to capitalise on the popularity of the T20Is.

“It’s always been quite difficult to distinguish or differentiate between the two 50-over global events. With the World Cup becoming a ten-team event, it’s almost like the World Cup is becoming more like the Champions Trophy, which I think is a good thing,” Richardson said.

“I think it (World Cup) will still be a longer event. The World Cup format will allow the best chance for the best four teams to get into the semifinals. So it takes away the risk of maybe a rain-affected game or one poor game having a huge impact on the tournament like it can be in this tournament (Champions Trophy).

“And then, whether the Champions Trophy in 2021 stays a Champions Trophy, or we move to two World T20s – that still needs to be discussed and settled. It’s a possibility, yes. I wouldn’t say it is categorically going to happen because, as we’ve seen, the Champions Trophy on its own is a very good event and very well-supported, particularly in the UK, where you get support for all teams. So let’s not be too hasty in writing it off, but to be honest and frank, there is consideration for moving towards two World T20s in a four-year cycle.”

The move to have two World T20Is is seen as a step to please the Associate Nations, some of which were critical of the ICC’s decision to make the 50-over World Cup a 10-team event. “Having two World T20s in a four-year cycle gives us an opportunity to globalise the game to a great extent, open the tournament to more teams – 16 or maybe even in a longer term to 20 teams,” Richardson said. “It’s easier to be competitive in that format, and thus easier to accommodate more teams.”

There’s also a discussion on having a two-year Test league with a 9-3 format, where top 9 teams will compete against each other and three bottom-ranked teams. Earlier in 2012 when there was a consensus on 2013 being the last edition of the Champions Trophy, the ICC had decided to introduce a World Championship. However, with the 2013 edition being a huge success commercially, the World Test Championship could never turn into a reality and the ICC went ahead with another edition of the Champions Trophy.

“Overall, very satisfied with the Champions Trophy (2017). Across all aspects of the event, really, from the enthusiasm of the volunteers – cricketeers, as they were called – to the broadcaster viewership, the digital content that we put out, umpiring, player behaviour, pitches … everything went well. The cricket has been great. It shows that if you’ve got context and competitive teams, you will have a great event.”