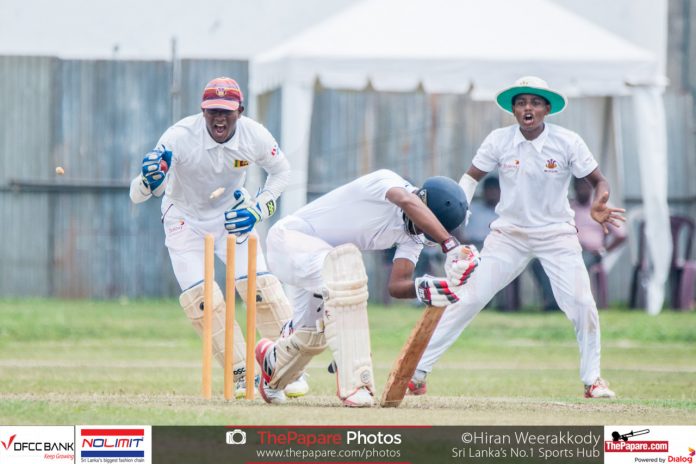 The 68th Battle of the Golds ended in a draw as Prince of Wales College took major honours in their annual encounter against St. Sebastian’s College at De Soyza Cricket Stadium in Moratuwa.

Cambrians resumed day two on 76 runs for 3 wickets and lost one of their overnight batsmen Sandun Fernando (30) without adding a run to the total. They continued to lose wickets at regular intervals without any big partnerships and were struggling at 133 runs for 7 wickets. Deputy skipper Avindu Fernando showed some resistance with the bat scoring valuable 56 runs.

33rd Battle of the Golds One Day Encounter

The 33rd Battle of the Golds one-day cricket encounter between Prince of Wales’ College and St. Sebastian’s College .

However, the experienced campaigner and the run machine of Sebastian’s College, Nuwanidu Fernando had other ideas as he led his side with the bat to post 70 runs for 2 wickets at tea break. After the tea break, Nuwanidu Fernando scored his half century and steadied the innings with the help of the other batsmen.

Prince of Wales College was 76/3 in their first innings after bundling out their arch rivals St. Sebastian’s College for 159 runs

However, he lost his concentration and was dismissed for 82 runs, a little short of what could have been a brilliant century under pressure. Sebastianites ended the match on 153 runs for 6 wickets before both teams settled for a draw.