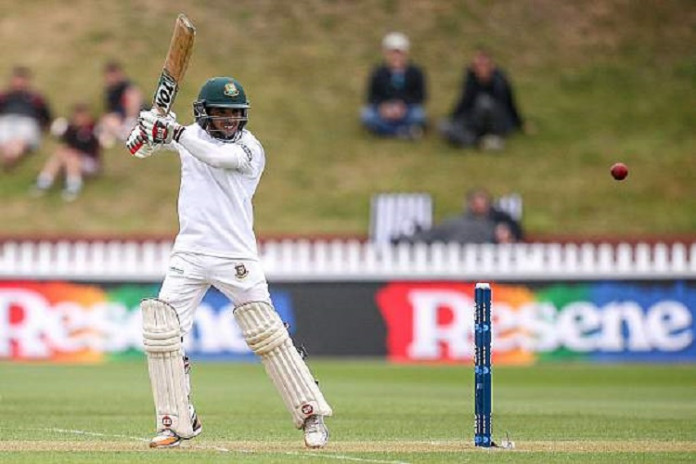 Bangladesh recalled left-handed batsman Mominul Haque into their 14-man Test squad to face Australia after Mosaddek Hossain was ruled out of the series opener in Dhaka with an eye infection.

Haque, 25, was left out of the initial squad after a lukewarm show in his last assignment against Sri Lanka. He returned scores of 7 and 5 at Galle and lost his place in the eleven to Imrul Kayes for the game at the P. Sara Oval, which Bangladesh went on to win by four wickets.

Haque made his Test debut in Galle in 2013 and enjoyed a very productive start to his career in the long format. Despite enduring a temporary lull, his batting average stands at an impressive 46.88 after 22 Test matches. There were concerns over his temperament after the twin failures in the one-off Test against India in Hyderabad, leading to his axing – for the first time since his debut – one game later.

“Bangladesh cricket is not all about Mominul,” Hathurasinghe had said, explaining the decision. “Selection is done by consistency. Some of the guys were dropped for our last Test. I won’t mention name because the team is more important.”

The decision to reinstate Haque in the squad came as a big relief to the country’s cricket fraternity as his omission became a matter of great debate. The general perception among those in the cricket circles was that a gross injustice had been meted out to the technically soundest batsman of the country.

The outcry seemed to have made an impact immediately as Nazmul Hasan, BCB president, called the selectors Minhajul Abedin and Habibul Bashar and head coach Chandika Hathurusinghe [also member of the selection panel] for an explanation.

“It was disappointing not to have Mominul in the Test squad,” Nazmul told reporters after the discussions. “There is no doubt that he one of our best batsmen. When he was dropped from the ODI and T20 we wanted him to concentrate more on Test matches. We consider him as our Test specialist.

“He is not someone who should be dropped because we believe he has a big Test career ahead and would justify his place in future. I don’t think that no one should think about his future because we will make sure of that,” he added.

Nazmul opined that team management could have avoided the entire drama if they had initially named a 15-member squad. “It looks odd not to have Mominul in the squad,” he said. “I don’t see any problem of keeping him in the squad. They could just make it a 15-member squad instead of 14-member squad. Every cricket lover felt bad about it and why should we do such a thing that would create such a repercussion,” he said.

Nazmul added that coach Hathurasinghe would talk to Haque to simplify his re-integration with the squad. “I asked them [selectors] why he was dropped and it looked he became a victim of circumstances for the series or the first Test match.