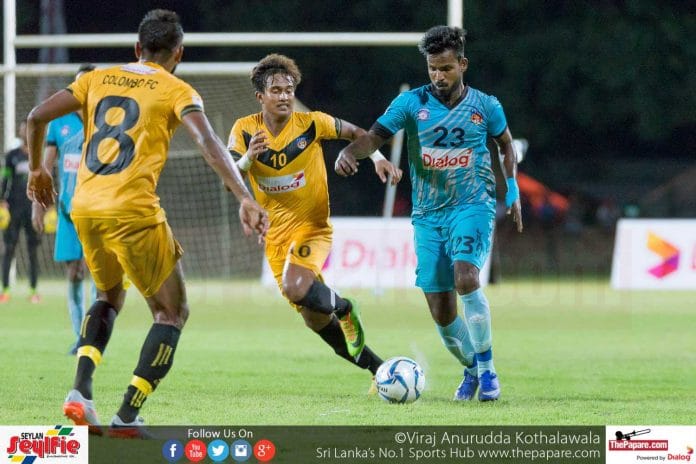 The Dialog Champions League 2017 decider has been re-scheduled to January 2018 and will be played at the Colombo Race Course Grounds.

Title sponsors of Sri Lanka’s Premier Football Tournament, Dialog Axiata PLC confirmed the change where Renown SC and Colombo FC will once again battle it out, in a rematch of last year’s decider, at the Race Course International Stadium on January 13th.

ThePapare.com’s effort to get a comment from the Football Federation of Sri Lanka (FFSL) proved futile.

Renown SC missed out on winning the championship in the penultimate week after they drew with Air Force SC while Colombo FC won their match against Army SC. The result meant Colombo are 3 points behind Renown with a better goal difference.

Sujan among many stranded in Maldives