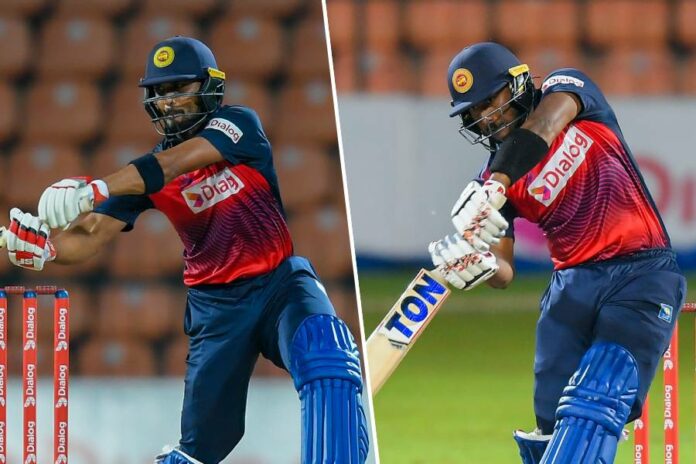 Due to the persistent rain in Pallekelle, the encounter between SLC Greens and SLC Reds was reduced to a 15 overs per side match.

After winning the toss, SLC Reds skipper Dinesh Chandimal invited the opposition to take first lease of the wicket.

Both teams made one change each to their playing XIs. SLC Greens brought in Mahela Udawatte replacing Nuwan Thushara while SLC Reds brought in Santhush Gunathilaka in place of Muditha Lakshan.

Lahiru Udara and Saminda Fernando opened the batting for SLC Greens but the former couldn’t stay at the crease for long as he was dismissed for just 7 runs by the speedster Himesh Ramanayake.

Batting at number three, Pathum Nissanka once again looked impressive in his short stay at the middle where he scored 22 runs off 13 balls with 4 fours at a strike rate of 169.23.

The opener Fernando top scored for Greens, but his knock came at a slow rate with 37 runs off 36 balls including 2 fours and a six.

Only a small contribution came from the late order as SLC Greens managed to put up 114 runs for 7 wickets in the allotted 15 overs.

Chasing 115 runs to win, right-handed duo Avishka Fernando and Dinesh Chandimal opened the batting for SLC Reds and provided a flying start to the innings, putting on 76 runs off 49 balls.

Fernando blazed 38 runs off 25 balls with 2 fours and 3 sixes at a strike rate of 152. The opening stand set the tone for the run-chase as the skipper Chandimal guided SLC Reds to the victory scoring 40 runs off 32 balls with 4 fours.

With this win, SLC Reds managed to secure their place in the final of the tournament and will face the unbeaten SLC Greys on 24th August (Tuesday).

WATCH – “Avishka is very comfortable at No.4” – Mickey Arthur