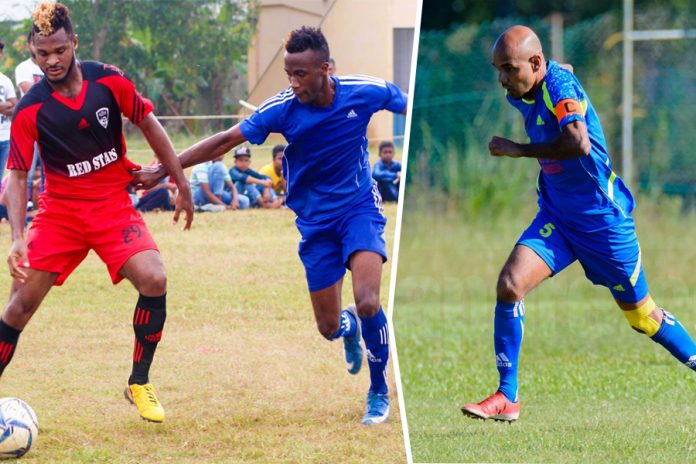 Red Star FC secured a stunning 6-0 win against Ratnam while Serendib FC defeated Thihariya Youth 2-1 to have thin hopes of earning promotion to the Champions League.

This week, 4 matches in the Super 6-stage, saw Red Star avenge their 6-5 defeat to the same opposition in the group stage which allowed Ratnam a passage through to the Super 6.

Peter Sylva opened the scoring in the 17th minute and surprisingly it stayed the same till half time. Soon after half time two quick goals from Sylva and Mohamed Rahuman put Red Star in a commanding position.

Ratnam had no answer to the hosts’ dominance. Though Ratnam stopped the scoring for 20 minutes they were not able to halt Red Star’s late onslaught in the final 10 minutes where Sylva scored another two and skipper Idowu Hameed scored another.

Serendib stays in the hunt

Serendib FC, after a poor start to the Super 6-stage, got back into promotion contention defeating Thihariya Youth 2-1 in the 2017 Premier League Division I Super 6 stage encounter played at the Kelaniya Football Complex.

Serendib punished for after match brawl

Serendib FC has been handed hefty punishments after instigating a brawl against Red Star FC at the Jayathilake Stadium, Nawalapitiya

Thihariya Youth dominated the opening half creating many chances. Of those chances Riyas Mohamed scored the opening goal in the 19th minute after a wonderful assist from his skipper Raj Sheron.

Spurred on by the Serendib fans, Sheron after missing a couple of chances took advantage of a defensive error to give the visitors a 2-0 lead close to half time.

After the break it was Thihariya Youth who asserted themselves into the match. They were the better team in the 2nd half as Asante Evans’ 74th minute goal set up an interesting final 15 minutes. However, Serendib held strong to secure a much important win.