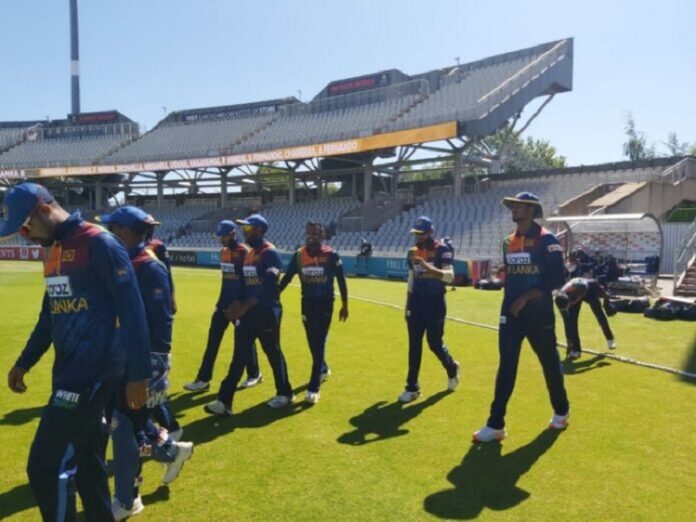 The intra-squad 50-over practice game held between Team KJP and Team Mendis went down to the wire as the encounter witnessed a thrilling finish ending in a tie.

The two teams involved in the practice game were led by national team skipper Kusal Perera and vice-captain Kusal Mendis.

Read: Dhananjaya Lakshan to miss practice games due to an injury

Having won the toss, Team Mendis managed to put on 250 runs for 9 wickets in the allotted 50 overs. The all-rounder Ramesh Mendis top scored with a knock of 71 runs off 89 balls.

The seaming all-rounder Isuru Udana also shone with the bat chipping on with 44 runs off 57 balls while the opening batsman Oshada Fernando put on 39 runs helping Team Mendis to a respectable score at the end.

The off-spinner Akila Dananjaya and the seamer Chamika Karunaratne starred with the ball taking 3 wickets apiece.

Interestingly, the match ended in a tie as Team KJP scored the same number of runs (250) losing the same number of wickets (9) at the end of 50 overs. The dashing opening batsman Avishka Fernando made a stirring case with the bat top scoring for Team KJP with 64 runs while all-rounder Dasun Shanka chipped in with a knock of 44 runs.

Speedsters Asitha Fernando (3/43) and Dushmantha Chameera (2/26) were the star performers with the ball for Team KJP.