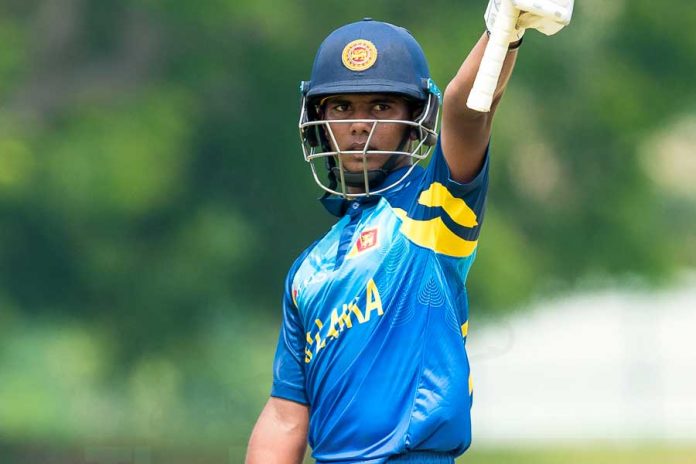 The rain played spoilt sport at the Rangiri Dambulla International Stadium, as the 1st Youth ODI between Sri Lanka and Bangladesh ended in no result on Tuesday(30).

The visitors won the toss and sent Sri Lanka U19s in to bat in helpful conditions for bowlers with opener Muditha Premadasa falling for 02, before the duo of Navod Paranavithana and Nipun Dananjaya added 73 runs for the second wicket.

Mrittunjoy Chowdhury broke the partnership to reduce Sri Lanka U19s to 83/2 as the Bangladeshis all of a sudden seemed to be all over the hosts with Chowdhury going on to capture 4/46.

Amongst all the chaos, gritty left handed batsman Sonal Dinusha fought a lone battle, to guide Sri Lanka U19s to respectability crossing the 200 run mark. They ended with 207/9 batting out the quota of 50 overs while Sonal Dinusha made an eye catching 59.

Rakibul Hasan the star from the 2nd Youth Test captured 2/25 for Bangladesh while Soriful Islam also chipped in with a couple of wickets.

Bangladesh U19s were cruising at 66/1 in the 14th over when the heavens opened up, as the game never resumed from the break before the umpires eventually called it off with no result.

T Tanim though already hit a belligerent half century being the only man dismissed as Sri Lanka U19s would count themselves lucky to go into the second match with the series still at 0-0.