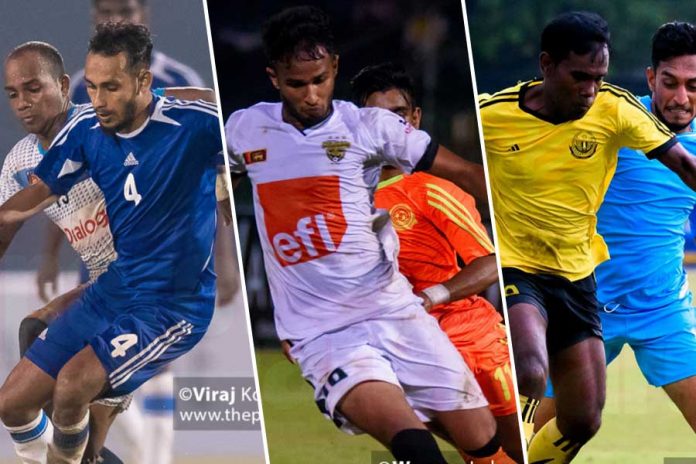 The Vantage FA Cup 2018 Quarter Finals draw has been completed and the match ups are set, with the Round of 16 nearly done and dusted.

With just two fixtures of the Round of 16 remaining, the Vantage FA Cup Quarter-finals are set to take place on the 17th & 18th of November, with all matches to take place at the Sugathadasa Stadium.

Saunders SC, the 15 time FA Cup Champions come off a rampant 6-2 thrashing against Eveready SC in the Round of 16. Kasun Jayasuriya’s outstanding performance in the Round of 16 clash where he scored a well-deserved hat-trick would see either Prison SC or St. Nicholas sweat at the thought of him attacking their defense.

Saunders SC were made to sweat Eveready SC but eased into..

Prison SC came into the Round of 16 stage after defeating Civil Security SC 3-0 while St. Nicholas SC defeated Jaffna rivals St. Mary’s. Prison SC will battle it out against St. Nicholas this week to decide who will progress to the Quarter-finals.

Colombo FC had a hard fought late epic comeback against Java Lane SC to win the game 3-1, with two of those goals coming in added time of the second half. Mohamed Roomy proved to be a master tactician as both the substitutions he made went onto score crucial goals.

New Youngs defeated Negombo club Jupiters SC to qualify for the Round of 16 where they defeated Gampola’s Red Sun SC 4-0.

Renown SC qualified for the Quarter-final after a hard fought 4-0 where Dilip Pieris scored a hat-trick. Critics however will say that Renown were lucky to come away with a win as Air Force seemed to play the better football.

Police SC left it late but came out on top in a 3-1 victory..

Defending Champions Army SC progressed comfortably into the quarter-final while SLTB progressed after defeating United SC. SLTB & Uruthirapuram will battle out their Round of 16 clash this week as well.