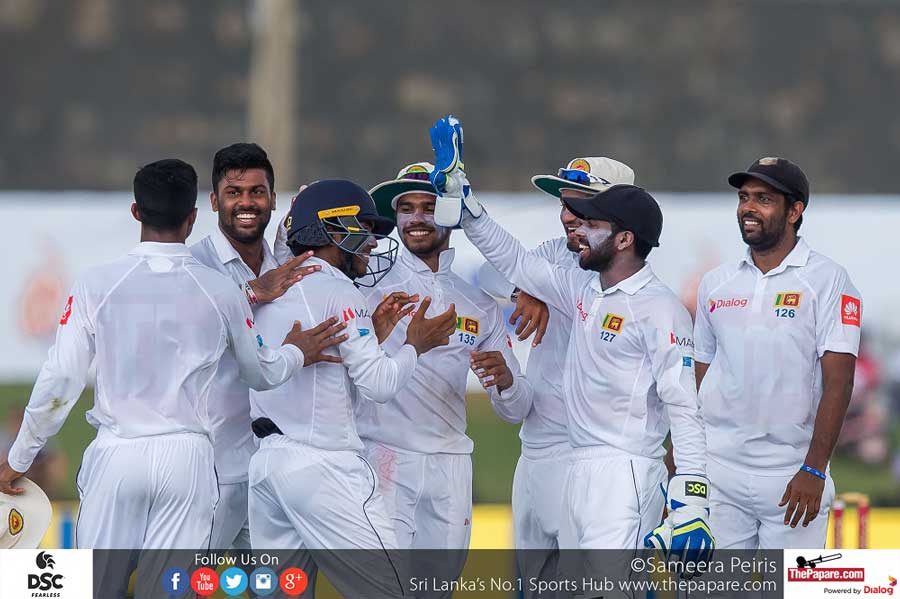 Sri Lanka’s next international assignment will be against West Indies as they battle each other in a three-Test series in the Caribbean Islands in June.

The Lankans are set to name their squad in the second week of May, with coach Chandika Hathurusingha drawing plans to avail the team of a preparatory coaching camp ahead of the first Sri Lankan Test tour to West Indies after a decade.

Sri Lanka edged out Bangladesh, 1-0 in their final Test series, in their own backyard, a couple of months ago.  The Test outfit led by Dinesh Chandimal are currently sitting at the 6th position in the ICC Test rankings.

With the SLC Super Four Provincial Tournament concluding on 24th April, the national selectors will be considering naming at least 16 players in the squad with 8 batsmen, 3 spinners and 5 fast bowlers expected to be a part of the touring party.

Some of the injured players will have the first three Provincial one-day matches to prove their fitness and form before the squad is selected.

With former captain Angelo Mathews regaining full fitness, it will be interesting to see how both in-form Roshen Silva and Mathews fit in the lineup, if the Sri Lankans go in with the five-bowler strategy. Silva who was the man-of-the-series in Bangladesh, top-scored in the Provincial Tournament with 535 runs in 3 matches with one double hundred and one century.

The dashing wicket-keeper duo, Niroshan Dickwella and Kusal Janith Perera might also be in contention to make the final cut to bolster the batting unit. Dimuth Karunarathne, who has notched up only one half-century in the last 10 innings, will get another run at the top of the order along with Kusal Mendis.

Sri Lanka’s fast bowling spearhead, Suranga Lakmal did not feature in any of the Provincial games due to a side strain but according to reliable sources, should be fit in time for the Windies series.

Nuwan Pradeep (hamstring) and Dushmantha Chameera (back) most likely will not be considered for selection as they are yet to recover from their respective injuries, hence creating opportunities for the young seamers Nisala Tharaka and Kasun Rajitha.

Uncapped right-arm seamer, Tharaka finished as the highest wicket-taker in the four-day competition for Galle with 11 wickets in 3 games while Rajitha captured 10 scalps in 2 matches at an impressive average of 20.50.

Lahiru Gamage, who made his debut in the UAE against Pakistan, should also make the cut after a stellar Provincial competition, picking up 10 wickets at 16.90.

Should the selectors opt for experience, seamer Dhammika Prasad might also be recalled to the Test team as he bowled 41 overs in 2 matches for Galle even though he was rewarded only with one wicket. ‘Hathu’ might also discuss the possibility of having some extra pace in the likes of Vishwa Fernando and Lahiru Kumara in the final touring party.

Spin legend, Rangana Herath is most likely to be partnered up again with Akila Dananjaya and Dilruwan Perera to form up the spin department.

The battle of the Captain Marvels