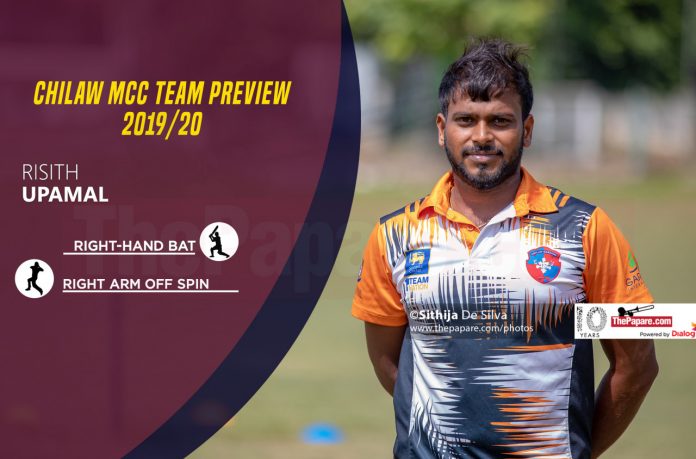 Baduraliya SC made a stubborn reply of 212/4 in their encounter against Lankan CC on day two, but Lankan CC were still in control after they posted 429, thanks to a stunning ton by Rishith Upamal.

Lankan CC resumed day two on 299/8 and went on to add a further 130 runs with Upamal leading the way. Upamal, who was involved with the Chilaw Marians during the T20 and Limited Over formats, made a late switch to Lankan CC for the longer format.

Upamal remained unbeaten on 111* in a knock which included 15 hits to the rope and one over it. Udith Madushan gave him good company during the latter stages of the game with a vital contribution of 29 runs.

Chanaka Ruwansiri and Damitha Silva made half-centuries for Lankan CC on the opening day of the match.

Baduraliya raced to 212/4 in just 50 overs in their reply, as they were 218 runs away from a first innings win when stumps were drawn on day two.  Yashoda Lanka (46), Salinda Ushan (28) and Bravish Shetty (35) all got starts for Baduraliya SC, but did not kick on before Lahiru Milantha hit three towering sixes in his unbeaten knock of 63* runs.

Video – A battle between Perera and Dickwella for the Wicket-Keeper...