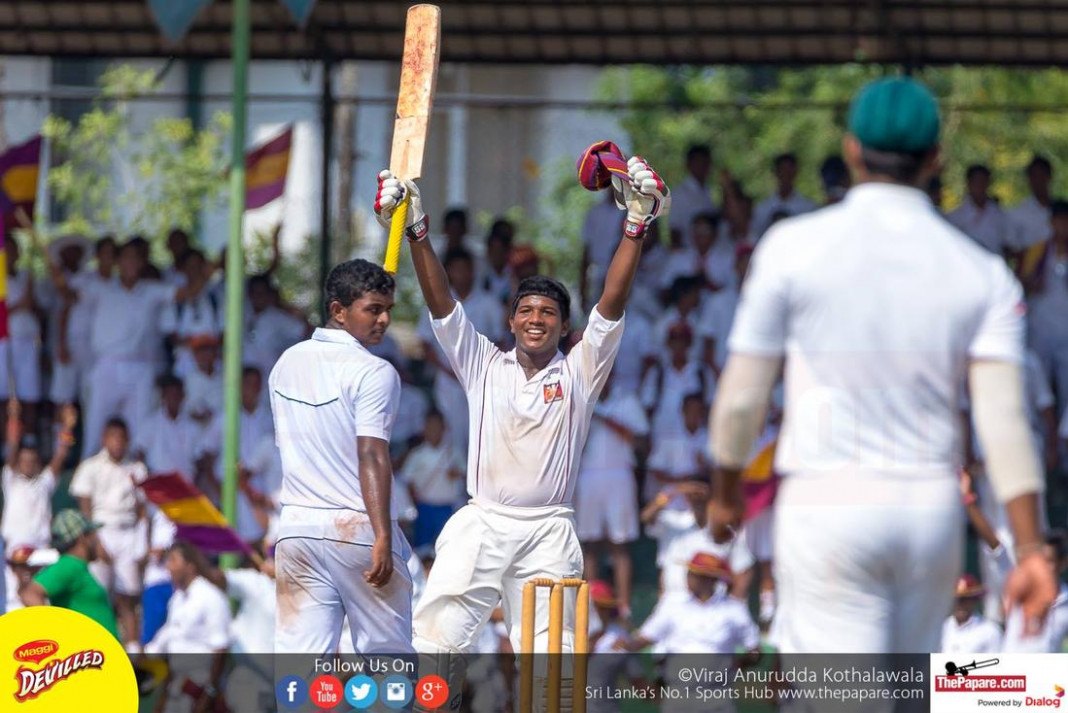 The 66th Battle of the Golds between St Sebastian’s and Prince of Wales ended in draw after the Sebs set their arch rivals a target of 230 in 40 overs at the Tyronne Fernando Stadium earlier today; POW finished on 149/4.

After a brilliant first day, the Sebs failed to capitalize on the advantage they had over their arch rivals POW to pull off a win at the big match this year. POW was in deep trouble, crumbling to 89 for 8 at the close of play on Day 1 after St Sebastian’s was bowled out for just 188 runs in their first innings. POW, coming in as underdogs, showed good fight in their first innings to eat up as much time as possible to force a draw in the match. They were bowled out in the first session of day 2 for 141 runs in 76.3 overs, 47 runs behind St. Sebastian’s first innings total. 8 down batsman Savinda Peiris scored an unbeaten 30 to help his team get closer to the opposition’s first innings total. With the ball in hand, for the Sebs, Praveen Jayawickrama bagged 3 for 33 while the top scorer in their first innings Nimesh Bandara took 2 wickets for 33 runs.

Sebs come back strong with the ball in hand

With a 47 run lead, the Sebs came out to bat in the second session of day 2. They played aggressive cricket and showed some intent to produce a result in the game. Skipper and U19 national cap Avishka Fernando gave them the ideal start with a fiery 70 and he was helped by Mishen Silva who scored a valuable half century. The Sebs declared their innings on 182 for 6(which they made in just 27 overs) giving their opponents a target of 230 runs in a minimum of 40 overs. POW skipper Thilan Nimesh was not amongst the wickets in the second innings but Dinesh Nanayakkara and Dilanka Maduranga took 5 wickets between them.

It was an achievable target for POW but they showed no intent in chasing down the target in the fourth innings. At stumps on day 2 they were 149 for the loss of 4 wickets in 41 overs. Vishwa Chathuranga top scored with 55 and Vihanga Weerakkdoy made an unbeaten 42 to help POW save the game.