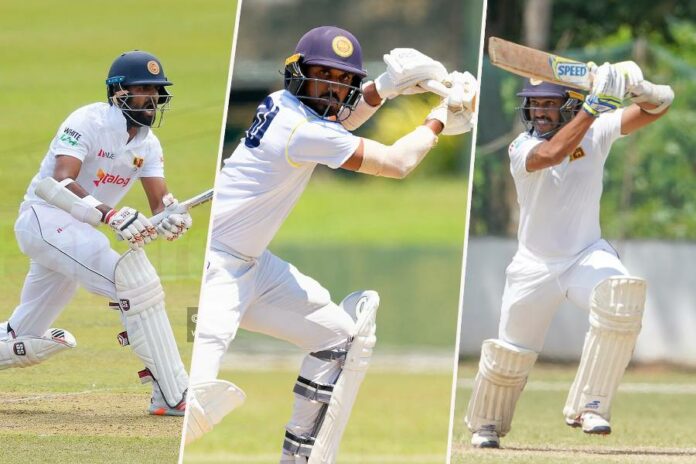 The opening batter Lahiru Thirimanne’s exclusion from the squad is a notable omission. Meanwhile, Charith Asalanka who represented Sri Lanka in the recently concluded Test series against India has been excluded from the squad as he underwent a knee operation recently.

The middle-order batter Roshen Silva who scored 304 runs in 4 matches at 101.33 has impressed the selectors as he once again finds a place in the Sri Lanka Test squad. The seamer Kasun Rajitha has also returned to the squad following his impressive performance in the National Super League 4-Day tournament where he picked up 12 wickets in 4 matches at 21.16.

Meanwhile, Oshada Fernando who was discarded from the Sri Lanka Test squad for the India series has been recalled for the Bangladesh series following his incredible performance during the recently concluded National Super League 4-Day tournament where he amassed 721 runs in 6 matches at 80.11.

Another notable inclusion is the 22-year-old off-spinner Lakshitha Manasinghe who picked up 15 wickets in 4 matches at 26.40 National Super League 4-Day tournament.