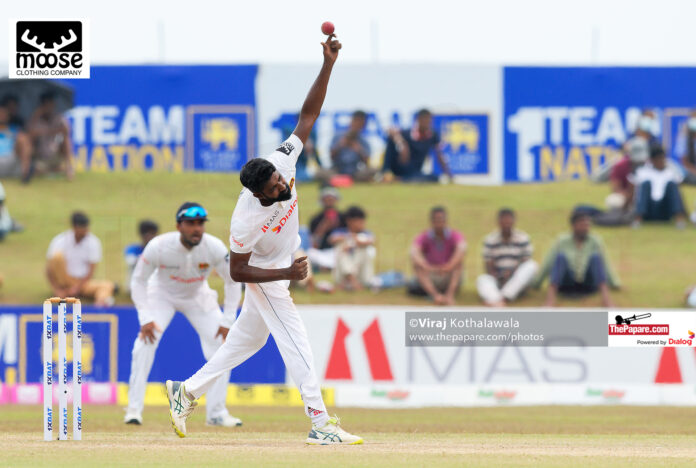 A new spin hero emerged for Sri Lanka, as left-arm spinner Prabath Jayasuriya had one of the most memorable debut Test matches. The spinner registered figures of 6/118 and 6/59 as Sri Lanka roared back against Australia in Galle to level the series. His exploits helped the hosts beat the visitors by an innings and 39 runs.

His form would continue in the series against Pakistan. Despite Sri Lanka succumbing to a defeat in the series opener in Galle against Babar Azam and Co, Jayasuriya was the most threatening bowler for the hosts, with figures of 5/82 and 4/135.

In the second Test against Pakistan, Jayasuriya clinched his fourth five-wicket haul in only three Test matches. After 3/80 in the first innings, he registered figures of 5/117 in the second innings, as Sri Lanka romped home to a 246-run victory to level the series.

The winner of the June 2022 ICC Men’s Player of the Month, Jonny Bairstow, started the month of July in the same vein. He played a key role in England winning the rescheduled fifth Test against India, playing two aggressive knocks.

He first scored 106 to help bail his team out of trouble. In the second innings, Bairstow was unbeaten on 114*, stitching together an incredible stand with Joe Root, as England chased down 378.

Bairstow was also in good touch during the limited-overs series against South Africa. He scored 63 against the visitors at Chester-le-Street in the first ODI.

He scored a sizzling 90 in only 53 deliveries in the first T20I against the Proteas, helping his side to a formidable total of 234/6, guiding them to win the contest. He followed that up with scores of 30 and 27 in the two remaining matches.

The teenage French star has made a sensational impact in international cricket, after his debut in the Europe T20 World Cup 2024 Sub-Regional Qualifiers. In his debut match against the Czech Republic, the 18-year-old made 76 off only 54 deliveries. What was to follow was even more special.

He cracked successive tons, against Switzerland (109) and Norway (101) respectively, becoming the first man to score back-to-back centuries in the T20I format, with his run tally of 286 also breaking the record for the most runs scored in the first three innings of a men’s T20I career.

He followed that up with another brilliant knock of 87 against Estonia. The teen sensation is also handy with the ball, scalping four wickets in five matches, with best figures of 3/27 against Norway.