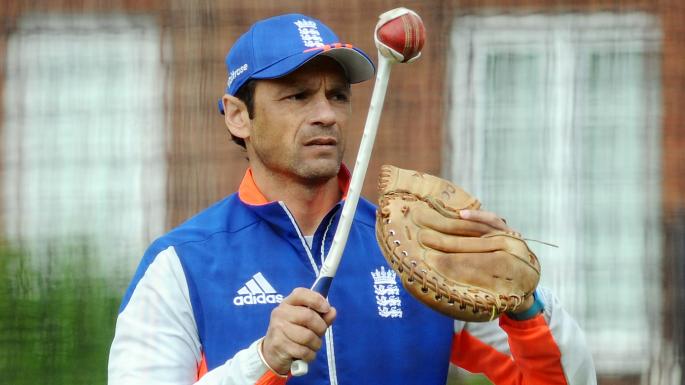 The hunt for the new coach for the national cricket team seems to have reached the last stages with Englishman Mark Ramprakash emerging as the front runner to take up the post. Other high-profile ex-internationals such as Jonty Rhodes and Brett Lee are set to join SLC as Consultant Coaches. Sri Lanka Cricket needs to be commended for investing so heavily to help improve the performances of the national team.

A point that has to be remembered is that all exceptional players aren’t great coaches. Greg Chappell is perhaps the finest Australian batsman since Sir Don Bradman but his stint as the Head Coach of the Indian team was a disastrous one. Meanwhile, John Buchanan and Graeme Ford played only a handful of First Class games in their countries but they are two of the most respected cricket coaches in the world.

In the modern day of professional sport, there is little room for error and coaches are under pressure to deliver all the time or face the axe. This is not just something applicable to Sri Lanka but prevalent all over the world. Sports administrators across the world will do well to show patience with men whom they entrust to do a job.  But the reality is that sports bodies become ruthless in the face of embarrassing defeats.

Read: Why planning is vital ahead of the World Cup

Coaching is a thankless job. When you win, everyone around you wants to be part of the success. There are congratulatory messages flying around and everyone is jubilant at what you have achieved. But when you lose, the dressing room can be a lonely place. Guess it’s the same story in all walks of life. Abraham Lincoln once said that victory has 1000 fathers but defeat is an orphan.

Chandika Hathurusinha is the latest casualty to lose his job following Sri Lanka’s inability to progress beyond the group stages of the World Cup. There are arguments for and against his sacking.  However, there’s no denying the fact the immense contributions he has made to help the side develop. One acute criticism of Hathurusinha is that he is too brash. But the point is that Hathurusingha has been brash all his career whether as a player or coach. That trait was there when he was coaching Sri Lanka ‘A’ and later Bangladesh.

Tom Moody who had tremendous success as Sri Lanka’s coach possessed a similar style but none dared challenge him. Moody angered quite a few people in our cricket but he was successful, winning Test matches in New Zealand and England and then guiding the team to the finals of the 2007 World Cup. However, with Hathurusinha everyone had a bone to pick for his dominating nature.

Change of the old guard

Ideally, in the four year cycle between World Cups, one coach should be in charge of taking care of the interests of the team. Between 2015 and 2019, we have had four Head Coaches. The style of each coach is different and when players constantly hear contrasting voices, it does trouble their game.

One of the best coaches that we had was Geoff Marsh. Sadly, his tenure was short-lived – less than three months. The way he inspired the team in South Africa, where they came up with a stunning win over the Proteas in the second Test in Durban, after losing the opening contest in Centurion by an innings, was fairytale stuff. He had much to offer. But his contract was terminated weeks after the Durban win despite it being a successful tour.

Another salient feature in selecting our coaches has been the over reliance on foreign coaches. While for areas like physiotherapy, fitness, training and power hitting, we perhaps require the expertise of overseas professionals, locally we have some fine cricketing brains to look after other key aspects.  Don’t forget that Roy Dias was the Head Coach of the national cricket team when we won our maiden Test match in England in 1998.

Also, some of the finest coaching brains’ services have been not made full use of.  Sri Lanka Cricket felt that the expertise of Jerome Jayaratne would be better suited in administration of the sport and he was transferred to the headquarters from R. Premadasa Stadium where he was heading the Coaching Department. As expected, Jerome did a fabulous job as Chief Operating Officer. But you get the feeling that the sport would have been better off with Jerome heading the coaching department.

A career coach having been at the helm of coaching at SLC for over two decades, there is no better person to talk on technical perfection than Jerome. SLC has realized that they can take more out of Jerome and the board has pushed him back into coaching. It is time that they put him back in charge as Head of Coaching looking after all teams that come under SLC purview.