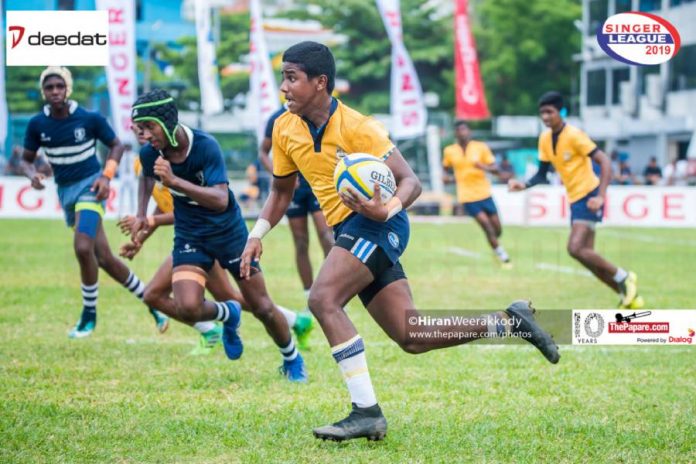 The first game saw the under 12 teams take the field, kicking off the junior Rugby encounters.

The hosts dominated proceedings ending the under -12 game on a winning note, winning 10-05 as the Rajans put on a fight.

The second game saw the under-14 go head to head. St. Peter’s College scored four tries and converted three while the Rajans were able to just score two tries, converting one as the game ended 26-12 in favor of the hosts.

The most anticipated junior game of the afternoon was the under-16’s taking to the field. This game took a similar outlook as the home team dominated proceedings.

Dineth Ranasinghe scored a hat-trick as the home team ran away 36-nil winners as the visitors bowed out without a single win in the junior category.