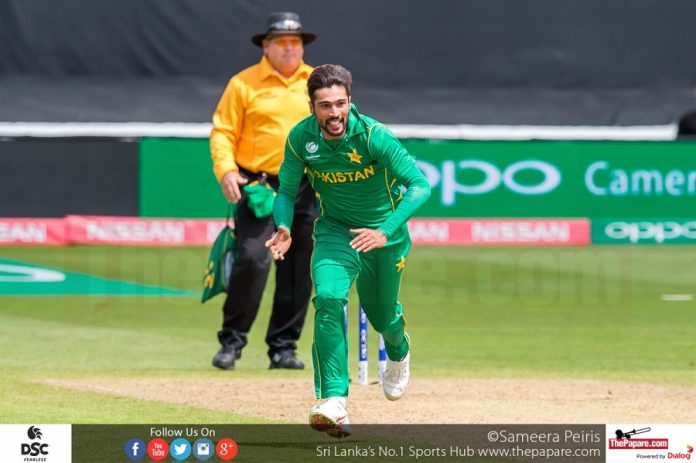 Pakistan selectors Thursday left out pace spearhead Mohammad Amir from the preliminary 15-man squad for next month’s World Cup to be held in England.

The 27-year-old has been in wretched form since guiding Pakistan to win over India in the Champions trophy final in June 2017, with just four wickets in 14 matches.

But the left-arm fast bowler, who missed the 2011 and 2015 World Cup due to a five-year ban on match fixing imposed in 2010, has a lifeline as teams can be changed until May 23 — seven days before the ten-team event starts.

“Amir had not performed as well as was expected of him,” said Inzamam, who was part of Pakistan’s World Cup winning team in 1992.

Amir is included in the 17-man squad for the five-match one-day series against England from May 5-19, and can regain his World Cup place if he performs well.

“We have included Amir for the England series with a hope that he regains his rhythm and wicket-taking ability in the series,” said Inzamam.

Allrounder Mohammad Hafeez was included in the World Cup squad subject to fully recovering from a fractured thumb injury he sustained during the Pakistan Super League (PSL) in February this year.

There was a surprise World Cup call-up for 19-year-old rookie fast bowler Mohammad Hasnain, who bowled at 150kph in the PSL earlier this year.

“Hasnain is exciting and can be a surprise package of the World Cup,” said Inzamam of the paceman, who played three one-day internationals against Australia last month, taking two wickets.

Sarfraz Ahmed will lead both the squads.

Another left-arm pacer, 29-year-old Junaid Khan, was preferred over Amir.

The squad is largely comprised of young players, with only a handful of veterans — Sarfraz and Haris Sohail, who played in 2015, as well as Shoaib Malik, who played in 2007, and Mohammad Hafeez, who took part in the 2007 and 2011 tournaments.

Pakistan will leave for the UK on Tuesday and play three one-day matches against county teams before taking on England in the five-match ODI series from May 5.

They will play two warm-up World Cup games against Afghanistan on May 24 and Bangladesh on May 26, before taking on the West Indies in their first World Cup match in Nottingham on May 31.

All ten teams will play each other in the first stage, with the top four playing the semi-finals.