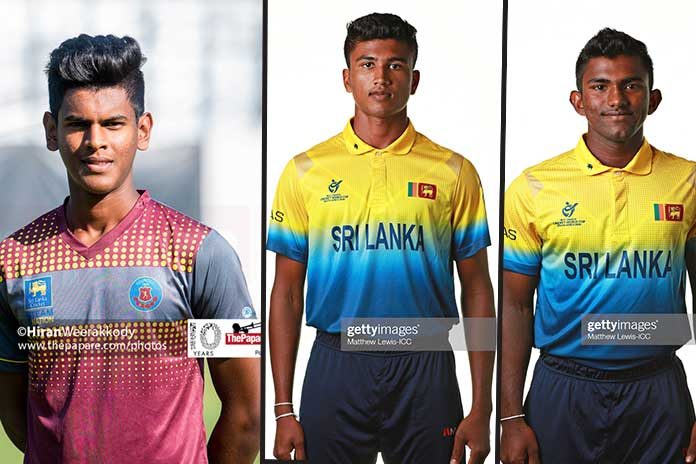 SLC Board President’s XI will play two practice games against the touring West Indies team ahead of the ODI series against Sri Lanka. A few youngsters including two Under 19 caps from the Sri Lanka youth team have been added to the squad.

SLC Board President’s XI will be led by former Sri Lanka skipper Upul Tharanga who has been away from the international arena for the last 13 months. Tharanga will lead the team in the first match while another squad will be named for 2nd Practice match.

Apart from Tharanga, all-rounder Asela Gunaratne is the only player who is above 30 years of age in the squad. Consistent performers in the domestic setup, Pathum Nissanka, Angelo Perera and Ashen Bandara are also part of the squad.

The squad consist of three glovemen in Sandun Weerakkody, Sadeera Samarawickrama and Lahiru Udara. Weerakkody hit the fastest List A century by a Sri Lankan in December in the SLC Invitation L/O Tournament 2019/20, reaching his ton in just 39 balls. Weerakkody has played 3 ODIs so far and managed to register a half century in South Africa in 2017. Samarawickrama, on the other hand, has been named as a replacement to ambidextrous all-rounder Kamindu Mendis, who has been sidelined due to dengue while Udara comes fresh off an unbeaten 290 for NCC in a recent SLC Major Tier ‘A’ FC game.

Surprisingly, two Under-19 caps who participated in the 2020 U19 Cricket World Cup, left arm seamer Dilshan Madushanka and wrist spinner Kavindu Nadeeshan have been fast tracked to the senior set up after their brilliant performances with the junior team. Madushanka who hails from Vijayaba National School, Hungama ended the 2020 U19 World Cup as the 5th highest wicket taker of the tournament while Nadeeshan picked up 18 wickets in Sri Lanka U19s Caribbean tour just before the World Cup, becoming the tournament’s best bowler.

Read : From soft-ball cricket to youth internationals, the tale of Dilshan Madushanka

Usual suspect in the Sri Lanka A setup, Asitha Fernando will lead the fast bowling attack while he will be assisted by 20-year old Anandian Chamika Gunasekara and Dilshan Madushanka. All-rounder Thikshila De Silva is the other pace option in the squad as he replaces regular Sri Lanka ‘A’ pacer Shiran Fernando, who has sustained an injury. Interestingly, three wrist spinners; Pulina Tharanga, Sachindu Colombage and Kavindu Nadeeshan are included in the team apart from the off spinner Tharindu Kaushal.

Two practice matches will be held at P Sara Oval and Katunayake on 17th and 20th February.

Keep it logged on to ThePapare.com for the latest updates, scorecards, videos, article and much more on the tournament. Highlights of these two matches will also be available on ThePapare.com platforms.