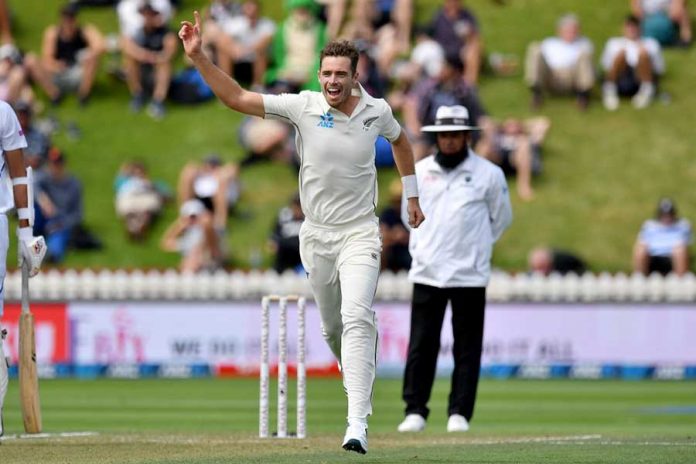 Four wickets in the morning for Tim Southee bundled India out for 191 in their second innings, with New Zealand scoring the nine required runs without loss to claim a 1-0 lead in the two-match series.

Resuming on 144/4, and trailing by 39 runs, India would have been hopeful of at least giving their bowlers a chance to give the hosts a scare in the fourth innings. But Trent Boult struck in his second over of the day, using the angle from around the wicket to the right-handed Anjikye Rahane to induce an edge behind, the batsman departing for 29.

Hanuma Vihari fell in the next over, having failed to add to his overnight 15, bowled by a peach of a delivery from Tim Southee. New batsman R Ashwin avoided a pair, flicking his second ball to fine leg for four, but Southee had his man just a few overs later, pinning the batsman on the pads, with the umpire deeming the ball to be crashing into leg stump.

Rishabh Pant batted freely even as the wickets tumbled, until he and Ishant Sharma combined to provide the only notable show of resistance of the morning. They had put on 27 runs for the eighth wicket, taking India into the lead, before Ishant, just five balls before the second new ball became available, was trapped in front by a ball from Colin de Grandhomme that appeared to keep a little low. The seamer was sent on his way for 12.

Things quickly came to a close after that, with the new ball being taken by Southee, who took just three balls to dislodge Pant, well-caught for 25 by Boult at fine leg, diving forwards. And while No.11 Jasprit Bumrah survived his first two balls – first chipping a shot just short of mid-wicket, then missing a hooping outswinger that nearly took his off-stump – he had no such luck with his third, Daryl Mitchell somehow holding on to a flying edge at slip.

With nine runs needed for victory, Tom Latham and Tom Blundell, the New Zealand openers, took only 10 balls to ease past the target, and secure New Zealand’s 100th Test win.