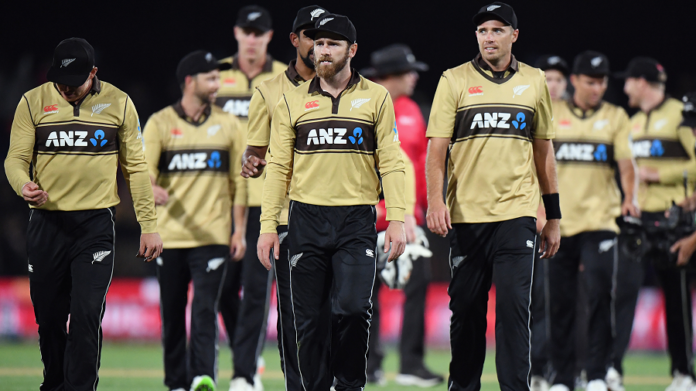 Looking to win the Men’s T20 World Cup for the first time, Kane Williamson’s squad is headlined by an all-star bowling group, featuring Ish Sodhi, Mitchell Santner and Tim Southee – all in the top 10 of the ICC T20I bowling rankings – alongside the likes of Trent Boult, Lockie Ferguson, Kyle Jamieson and Todd Astle. With the bat, the Black Caps will have plenty of class, with Williamson joined by Martin Guptill and Devon Conway, both of whom are in the top 10 of the ICC T20I batting rankings. Add in wicketkeeper Tim Seifert and Glenn Phillips, alongside all-rounders Daryl Mitchell, Jimmy Neesham and Mark Chapman and New Zealand should have both a powerful and adaptable batting order.

Seamer Adam Milne has been selected as the 16th man and will join the team for the tournament but can only be called upon to replace a player in the squad in the event of an injury. New Zealand will retain the same squad for a T20 tour of India later this year.

Plenty of news from @Blackcaps today, starting with their squad for the @T20WorldCup and #INDvNZ T20Is. #T20WorldCup 🧵 pic.twitter.com/ruJ74um0Hg

The T20 World Cup will be part of a lengthy stint for New Zealand in Asia, with tours of Bangladesh and Pakistan scheduled before the global tournament and T20I and Test series in India afterwards. With player and staff welfare at the forefront of their minds, New Zealand Cricket (NZC) have named notably different squads for the tours of Bangladesh and Pakistan compared to their T20 World Cup squad. In total, 32 players will be involved through the winter tours, including first timers Cole McConchie and Ben Sears. Tom Latham will lead New Zealand on both tours alongside new-look coaching groups, with regular skipper Kane Williamson and coach Gary Stead to resume their duties at the T20 World Cup. Wellington coach Glenn Pocknall will lead the tours to Bangladesh and Pakistan alongside experienced manager Mike Sandle before regular Black Caps bowling coach Shane Jurgenson joins as head coach for the Pakistan T20 series. While Ross Taylor was selected for the ODI series against Pakistan, given the campaign will only span one week it was mutually agreed he would remain in New Zealand to prepare for the Test tour of India and upcoming home summer.

The first Black Caps squad will depart for Bangladesh on 23 August and players from the Test tour of India will return home and complete managed isolation before Christmas. NZC chief executive David White said taking care of player welfare was paramount in the current pandemic environment but was confident the squads named were strong enough to bring success.

“The need to safeguard the well-being of our players and support staff is now very real, and we’ve endeavoured to do this by carefully managing their workloads over this winter’s massive playing programme,” White said. “I’m satisfied we’ve selected strong squads for all our touring commitments this winter. “As the Black Caps proved in England earlier this year, we have good depth in the New Zealand game and I’m confident all the squads chosen will acquit themselves well.”