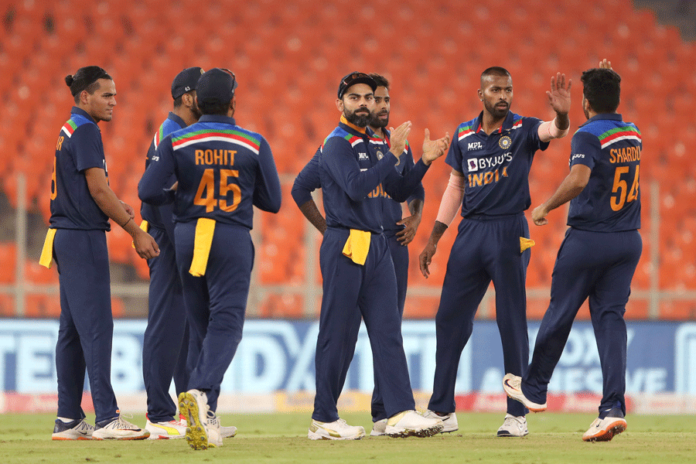 India on Wednesday, 8 September announced their 15-member squad for the ICC Men’s T20 World Cup 2021, with off-spinner R Ashwin making a return to the white-ball squad and MS Dhoni being announced as team mentor.

Jay Shah, the BCCI Honorary Secretary, revealed the thinking behind appointing Dhoni, the former India captain who led the side to the inaugural T20 World Cup trophy.

“As far as Dhoni is concerned, I spoke to him when I was in Dubai,” said Shah. “He was okay with the decision, and he agreed to be a mentor for team India, for the T20 World Cup only.

“I spoke to the captain (Virat Kohli) and vice-captain (Rohit Sharma) as well as Ravi Shastri (the head coach), and that’s why we reached the conclusion.”

The big news, however, was the return of Ashwin. The off-spinner last played limited-overs cricket for India in 2017, after which he was restricted to Test cricket.

Since then, the likes of Kuldeep Yadav and Yuzvendra Chahal seemed the preferred option for India in limited-overs cricket, but the duo has been left out of the 15-member squad, with Rahul Chahar, the leg-spinner, and mystery spinner Varun Chakravarthy making the squad.

2017: I wrote this quote down a million times in my diary before putting this up on the wall! Quotes that we read and admire have more power when we internalise them and apply in life. Happiness and gratitude are the only 2 words that define me now.🙏 #t20worldcup2021 pic.twitter.com/O0L3y6OBLl

The other player left out was Shikhar Dhawan, the opener, who captained India in the limited-overs series in Sri Lanka in July.

Ishan Kishan, who is an option as an opener apart from being a middle-order enforcer, and Suryakumar Yadav were both included in the squad, while India opted for three specialist all-rounders in Hardik Pandya, Ravindra Jadeja and Axar Patel. Krunal Pandya, the left-arm spinning all-rounder, missed out.

Kohli’s side will open their campaign in a blockbuster Super12 encounter against Pakistan in Dubai on 24 October.

Apart from Pakistan, India have been pooled with Afghanistan and New Zealand in Group 2, as well as two sides who progress from Round 1 of the tournament, beginning on 17 October.

The top two teams in each group of the Super12 stage progress to the semi-finals, with the final set to be played in Dubai on 14 November.