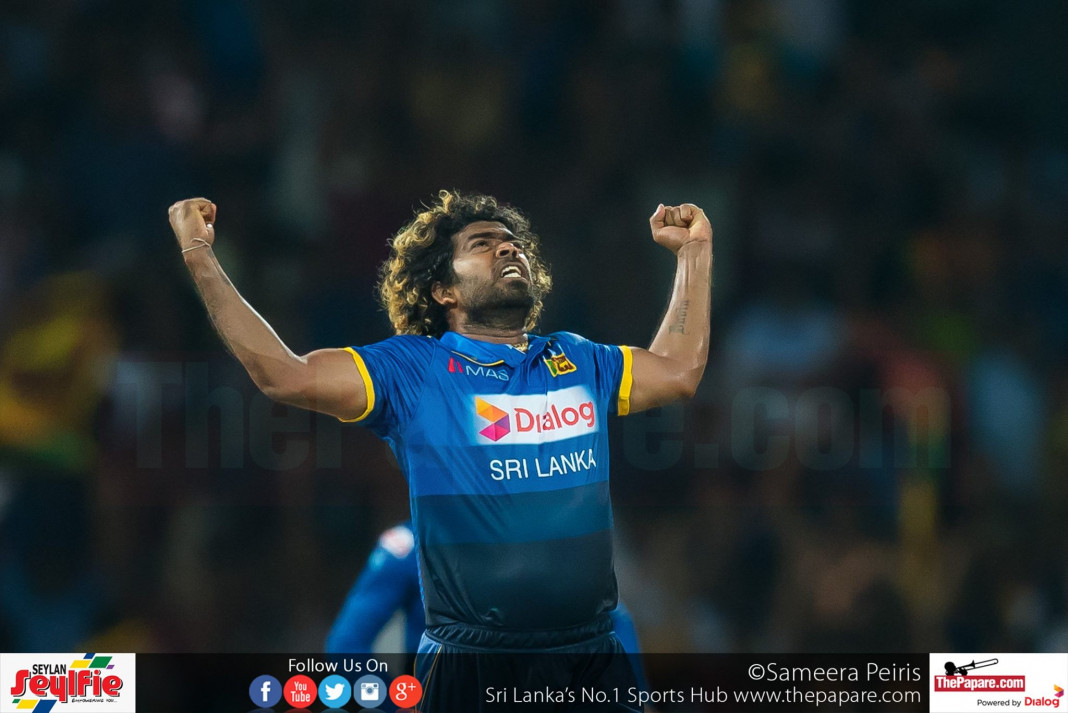 Just as the Tests, ODIs ended, the two-match T20Is finished with the same result, 1-1 as Bangladesh defeated Sri Lanka by 45 runs in the second T20I played on Thursday night at R. Premadasa International Stadium.

Shakib Al Hasan won the man-of-the-match award for his excellent all-round performances of 3 for 24 with the ball and 31-ball 38 with the bat as Bangladesh bowled out Sri Lanka for 131 after setting up a formidable 176 despite Lasith Malinga’s first T20I hat-trick.

With this win, Bangladesh ended an eight-match losing streak in T20I cricket as they gave a fitting farewell to their retiring skipper Mashrafe Mortaza.

Malinga became only the second bowler after Wasim Akram to have 4 hat-tricks in international cricket. He also became the fifth bowler in T20I cricket to take a hat-trick. Malinga clean bowled Mushfiqur Rahim with a slower delivery and followed it up with another disguising slower ball to castle Mashrafe Mortaza. Mehedi Hasan making his T20I debut became the hat-trick victim when he was caught plumb in front by the world’s T20 bowler ever.

Earlier, Bangladesh skipper Mashrafe Mortaza playing his final T20I match won the toss and elected to bat first. Opening batsman Imrul Kayes who replaced injured Tamim Iqbal played through the line superbly to give a blistering start to the visitors. Kayes drove ferociously as he slapped two fours each off Kulasekara and Munaweera and a six against Vikum Sanjaya. Soumya Sarkar also joined the party hitting a six and a four as Sanjaya leaked 18 off his first over.

The Bangladeshis accumulated 68 runs in the Powerplay but the Asela Gunarathne off-cutter enabled the hosts to break the threatening 71-run opening stand. Sarkar gave a simple return catch in the 7th over. Kayes was then run-out by Upul Tharanga in the next over as the hosts somewhat halted the charge.

Sabbir Rahman and Shakib Al Hasan continued to score at a brisk rate of 8.62 during their 46-run stand for the 3rd wicket. Sanjaya came back and knocked down Rahman for 19 while Al Hasan raced through to 38 before being clean bowled Kulasekara trying to paddle sweep.

Mosaddek Hossain was castled by Thisara Perera for 19 as the scoring rate was brought down below 9 after it was over 10 throughout the innings.

Chasing 176 runs to win, Kusal Perera fresh from his 77 in the first T20I swept fine in the very first ball but chopped on in the next delivery as Shakib Al Hasan struck early. Dilshan Munaweera failed to connect a slog-sweep off Shakib as he holed out to mid-on. Skipper Tharanga struck 23 with 3 fours before lobbing it to mid-on off Mahamadullah.

Sri Lanka lost half of their side inside the powerplay when Asela Gunarathne and Milinda Siriwardene fell for golden ducks in consecutive deliveries when both drove uppishly straight to covers off Mustafizur Rehman.

After being 40 for 5, Chamara Kapugedara and Thisara Perera gave some hope for the hosts with a fighting 58-run stand in 45 balls but Al Hasan came back to dismiss the latter for 27. With the required run-rate creeping over 12, the hopes for a Sri Lankan comeback looked bleak yet Kapugedara posted his maiden T20I but fell in the very next ball as Mustafizur and Shakib shared 7 wickets amongst them to rattle the home team. 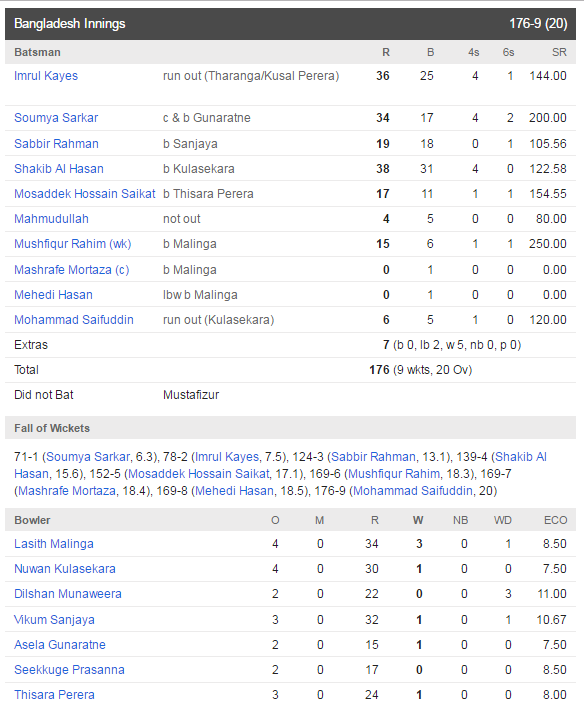 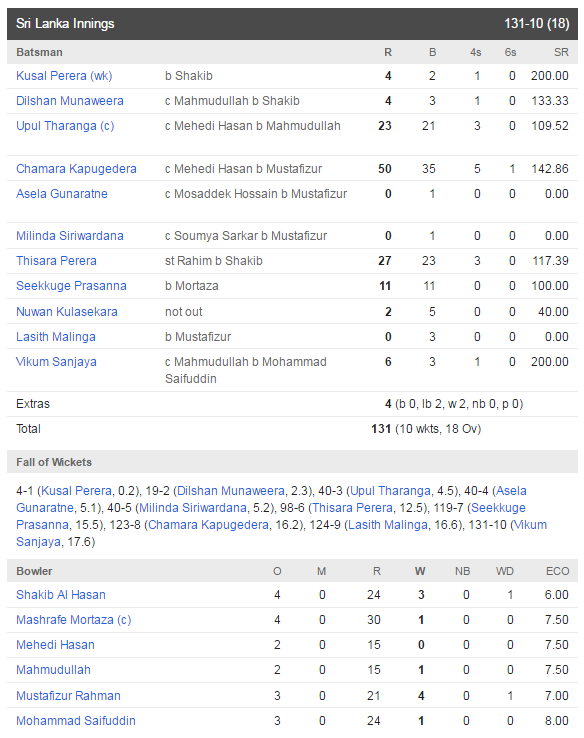