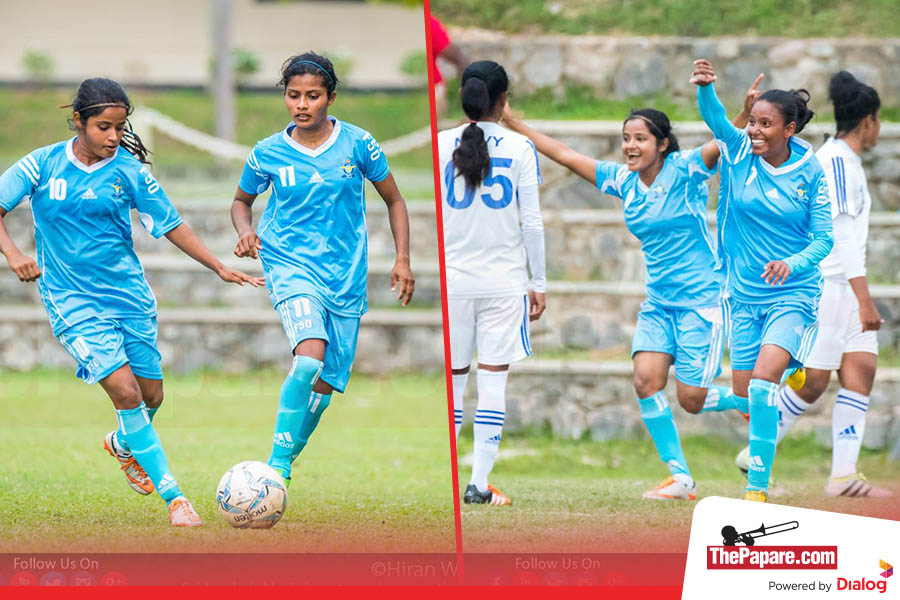 Navy SC once again drew with Navy SC while Air Force SC put six past a hapless Police SC in the Women’s Premier League Division I 2nd round matches.

Air Force secured a comfortable 6-1 win against Police SC at the Madinnagoda Grounds.

For Air Force it was S. Vithyalani and Ashani Rathnayake who starred with a hat-trick and a brace.

Rathnayake opened the scoring as early as in the 9th minute and five minutes later Vithyalani doubled the lead. Rathnayake made it 3-0 in the 33rd minute.

After half time it was Police who scored in the 67th minute through Radika Karunarathe hoping to instigate a comeback.

However it was not to be as six minutes after Police scored Imesha Vithanage restored the three goal lead and three minutes later Vithyalani extended the lead before completing her hat-trick in the 88th minute.