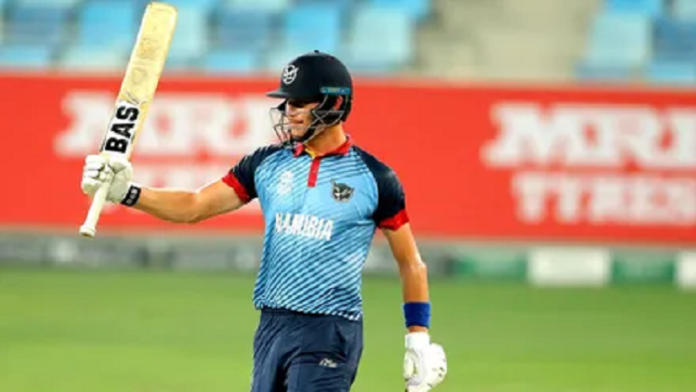 Making their T20 World Cup debut this year, Namibia have named their squad to take on a competitive Group A of First Round action, led by Gerhard Erasmus.

With an injection of young talent who have shown glimpses in quality in home series against Uganda as well as South African and Zimbabwe Emerging sides, perhaps the biggest news is the inclusion of former South African international David Wiese, who now qualifies for the team.

The quick-bowling all-rounder features in six ODIs and 20 T20Is up until 2016, and comes with experience from travelling around on the domestic T20 circuit.

Since the World Cup Qualifier back in 2019, opener Jean-Pierre Kotze and spinner Zhivago Groenewald have called time on their international careers, and the likes of Niko Davin and Christi Viljoen have been left out in a nod to strong performances by the country’s young crop.

Leg-spinning all-rounder Nicol Loftie-Eaton is one young player to keep an eye on, with Michael van Lingen yet to taste international cricket. 23-year-old Ruben Trumpelmann joins JJ Smit and Jan Frylinck in a left-arm trio of quicks.

Namibia have a tough initiation first up, facing Sri Lanka on October 19.

WATCH – Sri Lanka is not an underdog anymore in the...