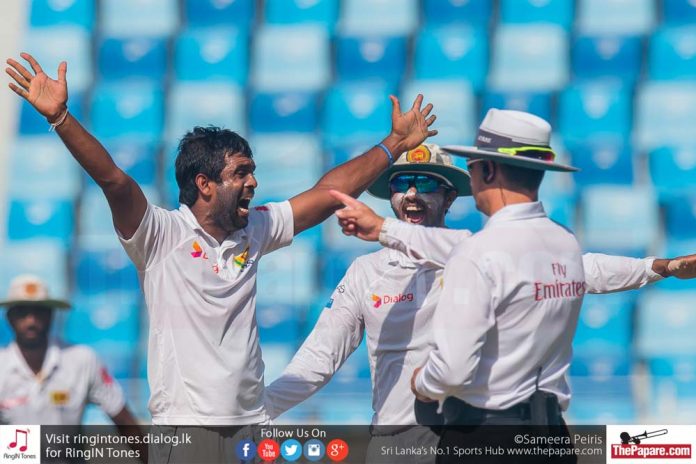 Players’ names and numbers on Test whites proposed for the new ICC Test Championship, beginning with the Ashes in August

Test cricketers are set to have surnames and numbers on the back of their playing shirts for the first time under changes proposed for the ICC Test Championship, which begins in August.

Cricket Australia’s operations department is understood to be well in the planning phase to produce numbered Test shirts for this winter’s Ashes squad.

Players in domestic first-class cricket competitions in England and Australia already wear numbers on their backs, but not in other countries. The regulations regarding shirt numbers in the JLT Sheffield Shield set their dimensions and state they must be no longer than two digits.

Test players have worn plain white or cream clothes since the first match in 1877, while the introduction of cap numbers and series details stitched in below the badge on their chest is a relatively recent introduction. Some nations – including Australia – also have their initials stitched into the sleeve on the side of their dominant hand.

Initial reports of the change have been met with resistance and scepticism from Test match traditionalists, but they have been welcomed by Test batsman Travis Head.

“It doesn’t bother me in the slightest, and I think if it helps the fans then that’s a good thing,” Head told cricket.com.au.

“That’s why they brought it into Shield cricket, so that people could identify players they probably don’t see all that often, especially now with games being live-streamed.

“Obviously, the detail in the television coverage these days is pretty good, so I guess this is aimed more at people who are at the ground.”

Head pointed out the move was purely a cosmetic one, unlike the revolution of day-night Test cricket that has proven to be a firm favourite with fans around the globe.

“It’s not like the introduction of the pink ball for Test cricket, it’s one of those innovations that won’t have a huge impact on the game itself,” Head said.

“But if it means kids can identify their favourite player a bit more easily at the ground, then I’m all for it.”

While some attach great significance and meaning to the number on their back at domestic level or white-ball cricket, Head does not.

The left-hander wears 62 on his shirt in limited overs cricket for his country, and said it was likely he’d use that same number in Test cricket.

“But that number was taken when I debuted for Australia, so I had an opportunity to look through the numbers and just took a fresh one that hadn’t been used before, and started from there.

“It was something fresh, and something new so I’d probably keep the same number (62).”

Head received Baggy Green cap No.454 in Dubai last October, presented his cap by an emotional Nathan Lyon, and the batsman says players would continue to put far more significance into their personal Test cap numbers than shirts.

“I’m not for putting special significance in numbers, but I know some guys are,” Head said.

“I know that my Test and one-day cap numbers, and my SACA number, they obviously have a bit more personal significance.

“But I can’t see anything negative about a decision like this, it’s all to help out the viewers.”

Australia’s Ashes squad is not expected to be named until mid-July, with an Australia A series that is to run concurrent to the World Cup and Ashes to play a key role in selecting the squad.

The Australia A tour culminates with a four-day, red-ball showdown against Australia’s Ashes squad in Hampshire just a week before the first Test on August 1 at Edgbaston.

Australia currently hold the Ashes after their home victory in 2017-18 but have not won an away series since Steve Waugh’s side triumphed in 2001, losing on four successive tours since.