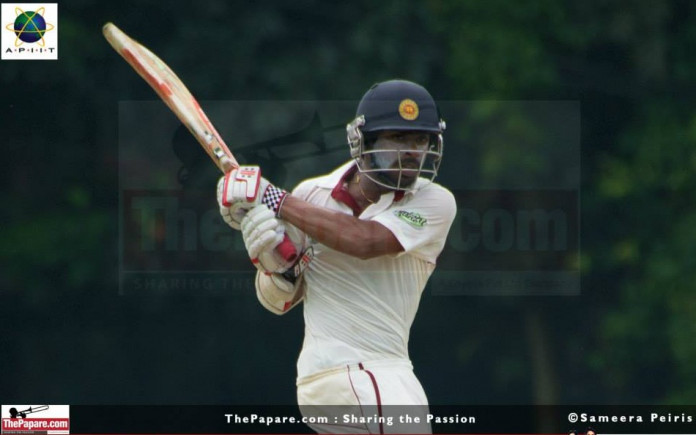 Left-handed wicket-keeper batsman Niroshan Dickwella smashed a rearguard 128 to help Sri Lanka A avoid follow-on against New Zealand A on day three in their first unofficial Test match at Hagley Oval in Christchurch.

On a chilly Monday morning, 22-year old Dickwella sparked an outstanding resurgence with his 192-ball 128 which included 17 fours.

Despite Dickwella’s brilliant innings, New Zealand A lead the game by 270 runs with 6 wickets in hand. The first session on day four (final day/tomorrow) will be crucial for New Zealand A’s chances of winning this game. 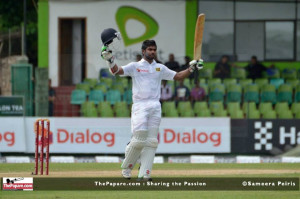 Left-handed duo of Udara Jayasundara and Niroshan Dickwella added 50 runs for the 5th wicket before the opener’s valiant innings was cut-short at 99 by leg-spinner Ish Sodhi.

None of the lower order batsmen made noteworthy contributions while Dickwella continued his lone fight. The former Trinitian reached his 6th first-class century in 109 balls and later when he was 128, he fell to the bowling of Ish Sodhi, conceding a 112-run lead.

New Zealand A in their reply lost their top 4 batsmen for just 34 runs before the completion of the 14th over. Left-arm seamer, Vishwa Fernando bowled a scintillating opening spell grabbing 3 scalps.

First innings’ centurion, Henry Nicholls and Derek de Boorder resurrected the Kiwi innings with an unbroken 124-run stand for the 5th wicket to take their team to safety at stumps.