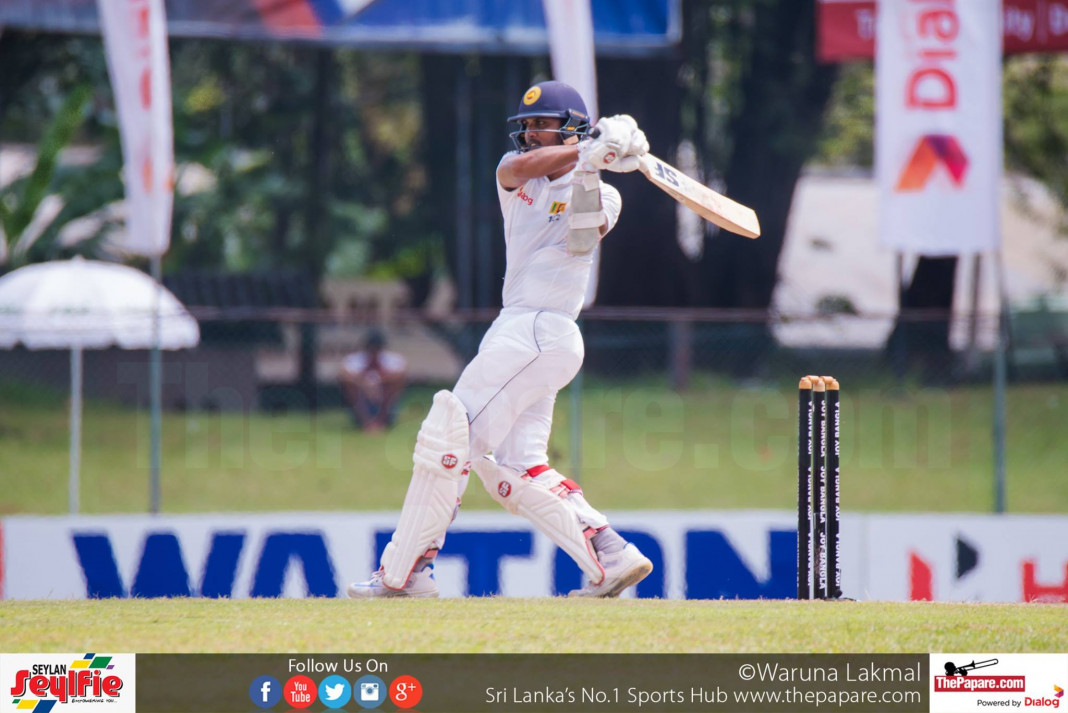 Dinesh Chandimal has rated his 138 in the 2nd Test against Bangladesh at the P Sara Oval as his best in a Test career spanning 35 Tests.

Chandimal, who came into this series on the back of an abysmal performance in South Africa, where he could not register a single 50+ score, said that in his mind, the innings he played at the P Sara was particularly challenging not only because of the helpful conditions for the bowlers, but also because of the fact that he came into the game short on runs.

“I rate this as my no. 1 century in Test cricket so far because I was able to occupy the crease for 4 sessions, I have never batted 4 sessions in my Test career.  It’s also special because it came at a time when I was short of runs.”

Chandimal did manage a half century in the 2nd innings at Galle a week ago, but the situation in which he walked into the game in this match as well as the conditions meant that he had a much tougher task at hand. Coming in with the team on 35/3 with both centurions from the last game, Upul Tharanga and kusal Mendis, back in the hut, the responsibility of resurrecting the hosts’ innings fell squarely on Chandimal’s shoulders and he bore it admirably, putting away his more flamboyant shots in an attempt to rotate the strike and keep the scoreboard ticking over.

“The team was in trouble when I walked in and with the score on 3 for 30 odd, I had the responsibility as a batsman to look to take the team beyond the 250 mark. The pitch was tough to bat on so all I looked to do was take a single and move to the non-striker’s end.”

The fact that Chandimal would rate this ton as his best may surprise many, as the batsman has made a few memorable tons, with the 132 against Australia last August and the 162 against India in 2015 being the main contenders for the top spot. However, it is perhaps the mental aspect of the game that Chandimal seems to be considering mostly as he came into this series with many questioning his place in the team.

“Although I couldn’t get runs in South Africa, I felt like I was playing well at every practice session. The coach kept telling me that a big score is around the corner and that the team is looking to me for a big score. So when you have that kind of support and belief coming from a coach, it helps you a lot psychologically.”

He went on to say that he hadn’t changed his game much since arriving from South Africa but had focused a lot on his shot selection and looked to put away some of the more daring shots in his arsenal at the start of the innings.

Chandimal’s 138 helped Sri Lanka post a respectable 338 in the 1st innings of the second Test; an innings which may prove to be a match winning one.