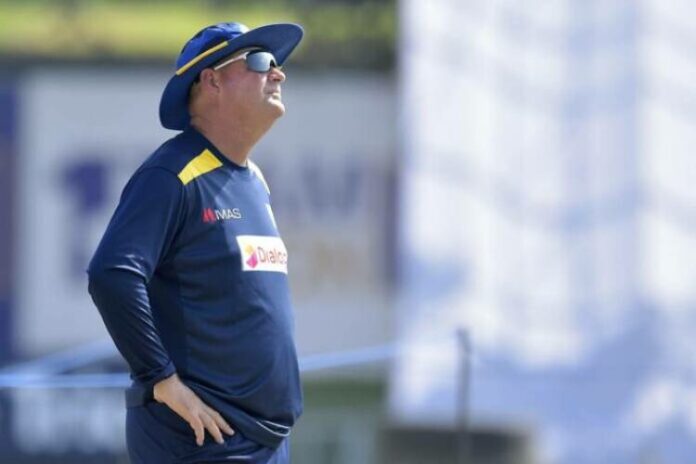 Arthur posting a Tweet on his personal Twitter handle, mentioned that West Indies series will be his last assignment with Sri Lanka team and thanked the players and people of Sri Lanka for the support given to him during his 2-year tenure.

The Sri Lankan job is Arthur’s fourth international role across a 16-year international coaching career, a span now longer than his time as a professional player. He previously coached South Africa, Australia and Pakistan.

Arthur, who joined Sri Lanka Cricket in December 2019 on a two-year contract had a tough time guiding the inexperienced Sri Lankan outfit in all formats. Since taking over, Arthur overlooked Sri Lanka in 25 T20Is, including only 8 wins. In 18 ODIs, Sri Lanka won 7 games, while losing 10. In the longest format, Sri Lanka registered only 2 wins, against Zimbabwe and Bangladesh, while losing games in Pakistan, South Africa, and against England at home.

With Covid-19 hampering most international fixtures in 2020 and 2021, Arthur’s philosophy was to build a young team for the future and to give them the freedom to get better. During the ICC T20 World Cup 2021, the Sri Lankan team had to go through a high-pressure Round 1 to qualify for the Super 12 stage. Despite being knocked out of the semi-finals race, Arthur was pleased with Sri Lanka’s performance in the tournament as they managed to win 5 games out of 8 games.