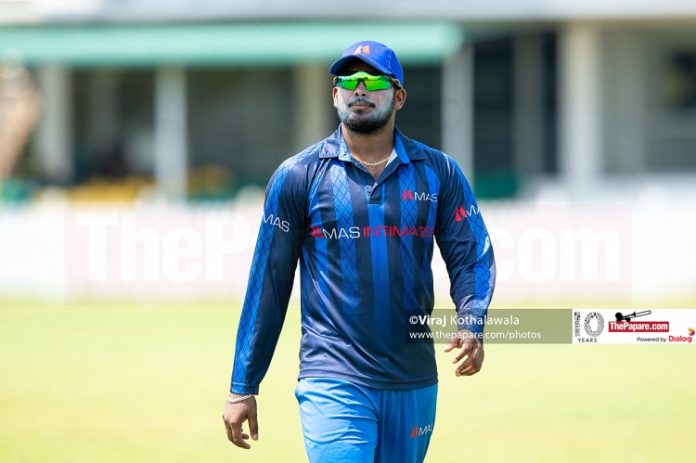 The second set of matches of the MCA Premier T20 were worked off in Colombo today(4) with SLC Emerging and MAS Unichela recording wins, while the game between LB Finance and Hayleys was washed out without a ball being bowled.

Sampath Bank were given the knockout blow from the tournament, when SLC Emerging thrashed them by 80 runs to end their Tournament with two losses out of two.

SLC Emerging made only 139/9 in their allotted 20 overs with Sangeeth Cooray top scoring with 39. Malinda Pushpakumara and Dasun Shanaka bowled impressively as they shared three wickets apiece for Sampath Bank.

In what was supposed to be a comfortable run chase, the Sampath Bank batting exploded as they struggled against the Sri Lanka Cricket Emerging seamers led by Nimanda Subasinghe. Subasinghe ended with excellent returns of 4/14 while Dhananjaya Lakshan picked up 2/00 as Sampath Bank were bowled out for just 59 runs.

With this win, SLC Emerging booked their place in the semi-final, while the result also meant DIMO automatically qualified for the final four from group B.

John Keells were all over MAS Unichela after winning the toss and electing to field first, as their seamers led by Nuwan Pradeep reduced MAS Unichela to 47/4.

Experienced campaigners Mahela Udawatte (45) and Chamara Silva (30) got them out of the woods with a fighting half century stand as they reached 139/7 with one over to go. Wanindu Hasaranga then took matters into his own hands as he struck 5 sixes in the final over delivered by Tharindu Ratnayake, as he finished with 49* in quick time while propelling MAS Unichela to 169/7.

JKH got off to the worst possible start; they lost both their openers in the first over of the run chase, as Lahiru Madushanka dismissed both Ashen Silva and Lahiru Milantha.

Bhanuka Rajapaksa counter attacked briefly with 33, but wickets continued to fall as Roshen Silva played a lonely hand to remain unbeaten on 45*, when the heavens opened up with JKH 23 runs behind on DLS.

All four teams in group A are still left with a chance to qualify for the final four with the last round of matches yet to be played (LB vs MAS, JKH vs Hayleys). However, the MCA has decided to postpone the final round group stage matches scheduled for tomorrow due to the inclement weather around the island.