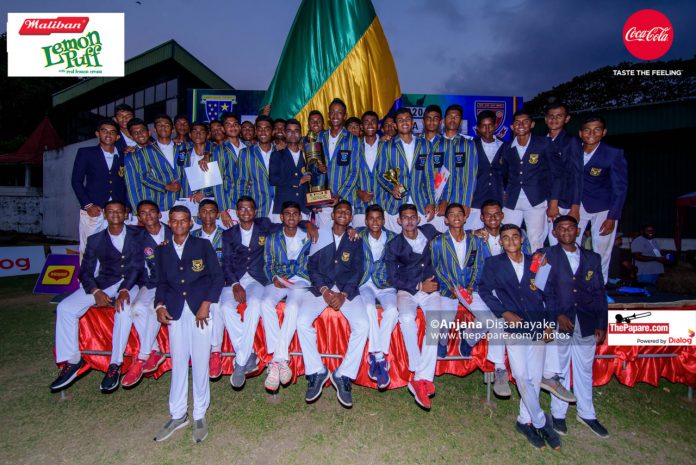 After putting on a dominant performance with the bat, the Devans declared 331/6 overnight, hoping to pick up 20 wickets of St Anne’s today.

However, St Anne’s were up to the challenge as they slowly built a strong first innings score to keep the honours in balance in the Battle of the Rocks, mustering 262/7 by the end of day 2’s play.

Kavindu Ekanayake was the star for St. Anne’s as he constructed a brilliant half-century, missing a well-deserved century by just 12 runs. He was well-assisted by Trimalsha Silva and Dilhara Deshabandu, who managed to rack up 30s.

It was a long day at the field under the burning sun for Maliyadeva as they could only take 7 wickets from 97 overs. The pick of the bowlers was Bryan Karunanayaka, who picked up 3 wickets.

Therefore, the 37th Battle of the Rocks ended as a draw, making it the 32nd year without a clear victory and 6th consecutive year without a result. The head to head tally remains in favor of Maliyadeva at 5-0.

The 25th Annual Limited Overs Cricket Encounter between Maliyadeva College and St. Anne’s College which was scheduled to be played on 15th March at the same ground, has been postponed due to the prevailing COVID-19 situation in the country.

Keep logged onto ThePapare.com for all the updates, live scores, videos and match articles of the March Madness 2020.