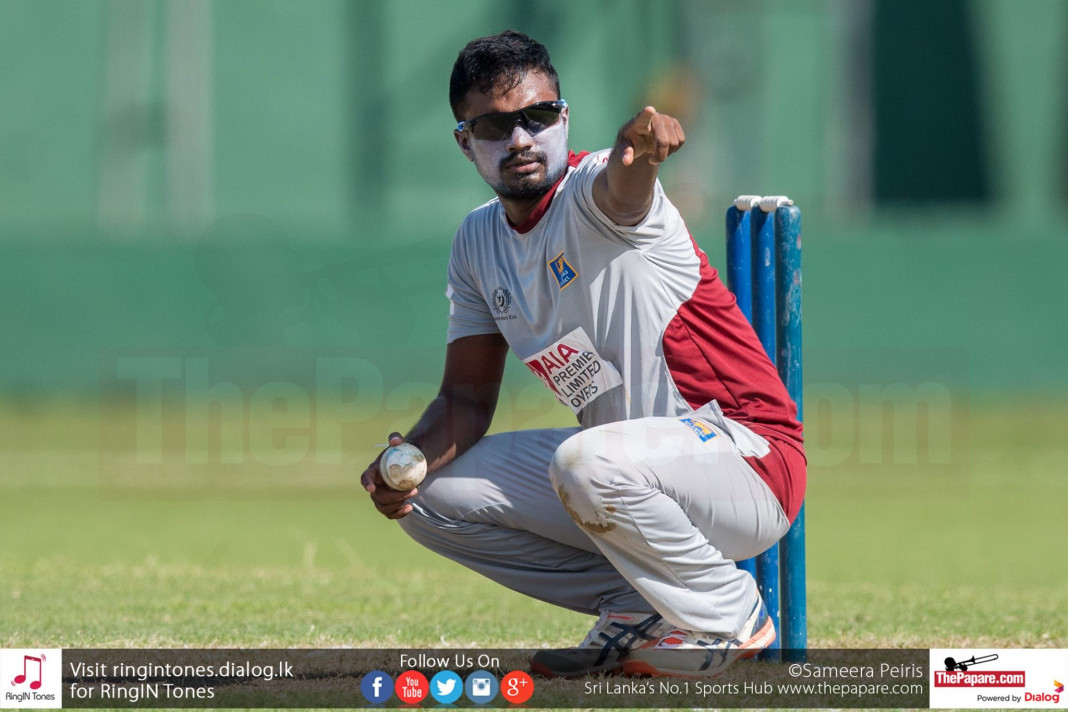 Left-arm spinner Malinda Pushpakumara reached a fabulous milestone of taking 500 wickets in his  first-class career during a SLC Premier League Tournament ‘Tier A’ match between Chilaw Marians and SSC at FTZ grounds on Friday.

Pushpakumara, 29 entered the current game on 498 wickets and in the 14th over of the SSC innings; he dismissed former Sri Lanka U19 players, Dilan Jayalath and Charith Asalanka in successive balls to reach the milestone.

Malinda currently represents Chilaw Marians Cricket Club and has grabbed over 40 wickets to sit right on top of the Most Wicket Takers list in the on-going season.

In the 2014/15 season, Pushpakumara won the Best Bowler’s award with over 70 wickets for Sri Lanka Ports Authority Cricket Club. Prior to that, he won the same award in 2011/12 and 2012/13 as well. He has taken 38 five wicket hauls and 15 ten wicket hauls under his belt so far in 92 first-class games (except the current SSC match) and recorded 9 for 46 as his best in an innings against Lankan CC.

The talented slow left-arm spinner graduated from Lumbini College and made his first class debut in 2006 as he represented Singha Sports Club. Pushpakumara forced his way into the Sri Lanka under-19 side for the triangular tournament which also involved England and Bangladesh in December 2005. He represented the ICC Youth World Cup way back in 2006 under the leadership of Anjelo Mathews.